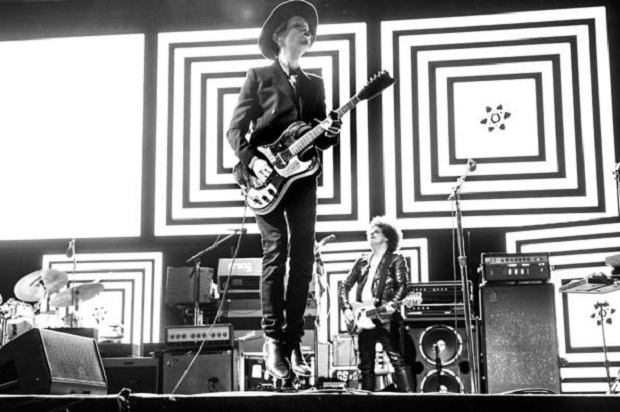 Blog favorite and one of three stellar headliners at this year’s Forecastle Festival, Beck has been in the news this week after a cover of Arcade Fire’s “Rebellion (Lies)” at the Coachella Music Festival.  Beck recounted being phoned by his neighborhood bar owner about 10 years ago to come down to check out a band, and his subsequent discovery of Arcade Fire.  Have a look at the video below for the story, the cover, and “Blue Moon” off of his most recent release Morning Phase.

Fans of Beck probably already have tickets to Forecastle Festival in Louisville, KY from July 18-20, but, if you don’t, you can enter to win a pair of weekend passes right here.  Fans of Arcade Fire better hurry up, and snack up some of the only 200 or so remaining tickets for their show at Bridgestone on May 1st.