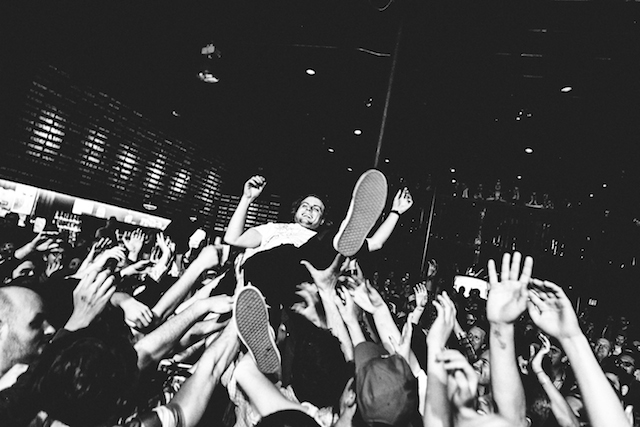 We arrived at the Exit/In just in time to catch Juan Wauters at the end of his set. He was performing acoustically and singing in Spanish when we found a spot in the sold out crowd. He set the mood for what was to become a pretty groovy night. As people refilled their drinks and got situated among friends, DeMarco and his Canadian band came out to set up. They were all sporting sweet mustaches and 90’s ball caps. DeMarco promptly introduced his touring members before beginning his set with the title track of his new album “Salad Days.”

DeMarco has a very distinct stylistic approach that separates him from the pack. His sound is defined by a beat up fifty dollar guitar run through an old school Fender amp with his own perfected amount of delay. The tone he gets from this is showcased on all three of his albums. He is backed by smooth guitar riffs, simple drum fills, and groovy bass lines.

After performing a few opening crowd favorites like “Stars Keep Calling My Name” and “Cooking Up Something Good”, DeMarco explained this was his first show in Nashville. The crowd was enjoying the vibe and dancing uncontrollably.  DeMarco clearly was digging the overall scene as well, and followed up with the rare live version of “I’m A Man” off his debut album.

After some crowd surfing and performing the single, “Passing Out Pieces” from Salad Days, DeMarco made sure to play his love songs off the album – all for his long term girlfriend Kiera. The audience loved every bit and sang along each word of “Let My Baby Stay”, “Treat Her Better”, and “Let Her Go”.

DeMarco was very interactive with the crowd. He talked back, wore an audience member’s hat someone had thrown on stage, and cracked jokes followed by that gap-toothed grin. He ended the show by performing “Still Together,” although half way through, he stopped singing and had his guitar player fill time as he bent down close to the drums where no one could see what he was doing. After a few long seconds of just that high pitched guitar solo, the band resumed playing full blast as DeMarco dove head first into the crowd. Everyone cheered and passed him around the room. He finished off the song and exited the stage with the crowd roaring for an encore. He never really left the stage but had only his head showing through the curtain. The band returned and he announced that he had heard an audience request to play the Neil Young song “Unknown Legend.” Same as the set closer, halfway through he stopped and asked that we all be quiet and take a kneel for Neil. After making jokes about how Neil was from Canada (just like them), we all jumped up and resumed dancing to finish the show. 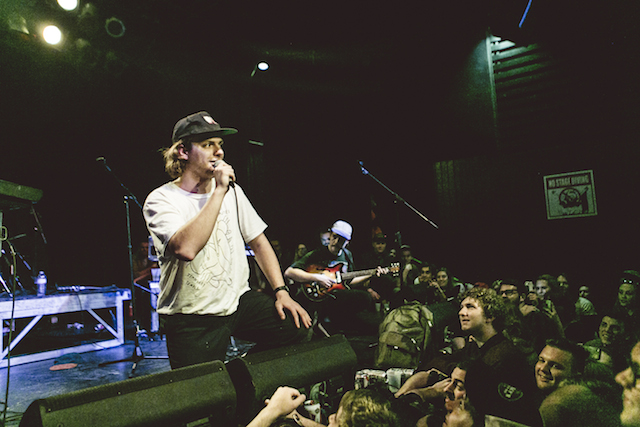 Mac Demarco puts on quite the show and is a definite must-see recommendation from us here at No Country. Do you think we could get another appearance from Mac as a late club stage addition to Bonnaroo this year?