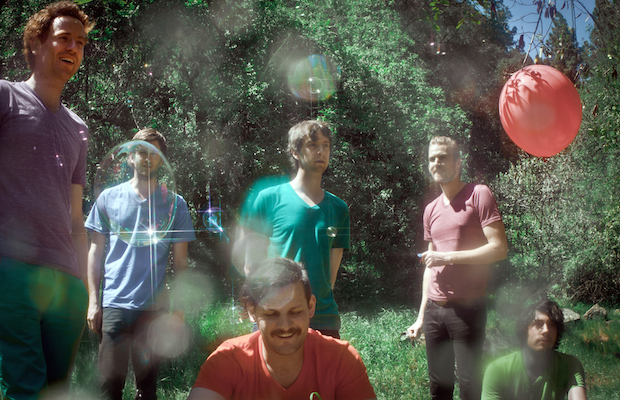 Royal Canoe, a Winnipeg, Manitoba (Canada) sextet, cite their own city as being the biggest influence on their musical direction. The incredible dichotomy between the region’s pleasant and inviting summers and its nearly unbearable winters seems to explain the band’s noticeably wide breath of indie sounds. Making all the right connections, they’ve already opened for heavy-hitters alt-j and of Montreal, and are currently touring with Bombay Bicycle Club. Their debut album, Today We’re Believers, dropped this past fall, and has been generating fan and critical acclaim, including a nod from the New York Times on their edition of last year’s “Best Of” list.

Somewhere between Passion Pit and the aforementioned alt-j, Royal Canoe’s sound is a unique brand of indie pop with heavy synth, falsetto, effects pedals, and electronics, which they insist on recreating completely live in lieu of using backing tracks. It’s this attention to detail that has generated so much buzz around the group and their live show, and helped earned them a spot on one of Bonnaroo’s Club Stages. Test their waters below; if you’re a fan of any of the bands they’ve opened for, we’d expect these guys to be one of your top priorities when you’re wondering the farm.