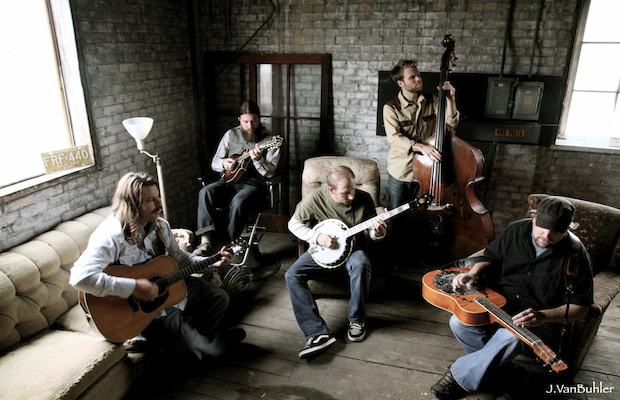 Bonnaroo is all about exposing yourself to tons of different acts, as well as getting drunk enough to enjoy every one of those acts. While it certainly wouldn’t hurt, you aren’t going to need any liquor to enjoy today’s Bonnaroo Band of the Day: Greensky Bluegrass. This folky five piece definitely isn’t your grandpa’s bluegrass act, as the list of influences one can hear in their music ranges from psychedelia to traditional folk tunes to indie rock. This vast array of influences all vies for a chance to be heard in Greensky Bluegrass’s tunes, and what we’re left with is a string group with the attitude of a rock band and a sound like no other string band you’ve heard before.

Formed in 2000 and hailing from Kalamazoo, Michigan, Greensky Bluegrass have actually played Bonnaroo once before, back in 2011. Since then, the quintet have released their first charting album, Handguns, and have continued to tour the country and remain a staple in the bluegrass scene. This has resulted in a huge increase in their following since their last ‘Roo outing, and we predict that this time around their show will be packed. Granted, every show at Bonnaroo is packed, but Greensky are a perfect fit and have had a killer couple of years. If you’re coming out to this year’s fest, we highly encourage you to catch this awesome act.