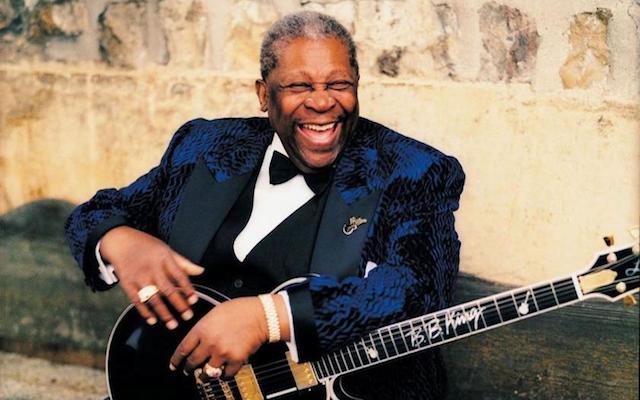 So, let’s go ahead and get something out of the way: as of the writing of this article, a whopping 12 GA tickets are still available for purchase for the B.B. King show tonight at the Schermerhorn. We’re almost positive that these tickets will be sold before the show begins at 7:30 pm at the Schermerhorn, but we wanted to let our readers know in the hopes that they will be the ones to purchase these tickets. If that sounds interesting to you, the available tickets can be found through the Schermerhorn website for only $50.

We know this is a pretty limited gig, and a lot of you readers aren’t going to get a chance to see the King of Blues play tonight. However, this is poised to be one of the most distinguished gigs of the year, since not only will King be playing, but he’ll be joined by fellowing living legend Robert Cray and the Robert Cray band. Both of these two musicians have been quite influential on the blues, rock, and pop music scenes during the last half century, and we here at No Country definitely do not mind paying our dues to these important figures. We really hope to see some of you readers out there tonight, and highly encourage you to educate yourself after the jump.

Usually when we write show previews, this section is dedicated towards letting fans know a thing or two about an artist that they are unfamiliar with. That being said, we suspect the overwhelming majority of our readers are probably familiar with Mr. King, aka the King of Blues. The man has been active on the blues scene since 1948, and is generally regarded as one of the most influential blues guitarists ever. Chances are that even if you didn’t know, you’ve heard plenty of B.B. King hits, including “Ghetto Woman” or “The Thrill is Gone”. King basically established the current state of blues, and even today at age 89, he’s still playing gigs on a regular basis. It will truly be an honor to see this legendary figure performing this evening.

While Robert Cray may not have the household name status that B.B. King does, within the world of blues music, Cray is a widely celebrated and admired artist. The 60 year old performer first got his start back in 1977, and since then has worked with the likes of Eric Clapton and John Lee Hooker. Together with his band featuring Les Falconer, Jim Pugh, and Richard Cousins, the Robert Cray band has remained active in both the concert and festival circuits in recent years, even while Cray himself earned a spot in the Blues Hall of Fame. Clearly, the man has proven himself time and again as the sort of musician who deserves to be playing with the stars, and one would be hard pressed to think of a better band to work with B.B. King this evening at the Schermerhorn.

B.B. King and the Robert Cray Band will perform 4/7 at the Schermerhorn. The show is all ages, begins at 7:30 pm, and tickets are available for $50.