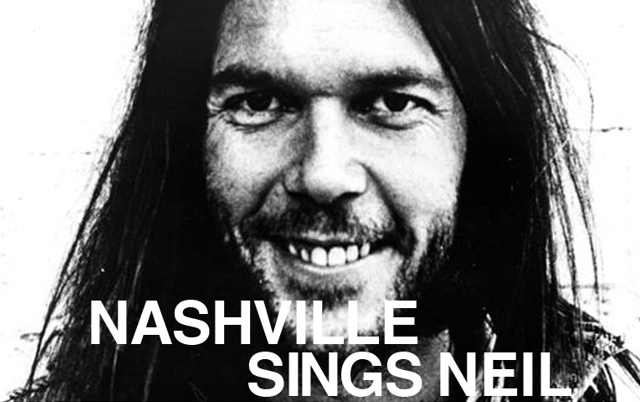 Ah, Neil Young. Whether you know him from his Buffalo Springfield Days, his time with Crosby, Stills, Nash, and Young, or even his extensive solo career, chances you recognize this Canadian as one of the most important singer-songwriters of the 20th century. Even if you aren’t familiar with the man’s work, a lot of the artists around Music City were heavily influenced by his legacy, so it really shouldn’t be surprising to hear that a Neil Young cover concert is going down tonight, 3/26. Officially dubbed Nashville Sings Neil, the event will feature a number of artists from around town, including The Reneaus, ELEL, Stephen Gordon, The Beech Benders, Neal Carpenter, and Commitment Bells. The show only costs a measly $5 and begins at 9 pm. The show will take place at the Basement, which means it will be 21+. Sorry, kiddos.

Anyways, we’ve got a rundown on all six of these awesome acts after the jump, so go ahead and educate yourself about this fun show before you head out tonight. We promise it’ll make the show a whole lot more fun if you actually know a thing or two about the band on stage.

The Reneaus may be unlike any other Nashville act you’ve heard before. Their music is often downtempo, reflective, and vaguely reminiscent of the Donkeys. There’s some great guitar riffs, and a few captivating organ licks. Of course, there’s also some pretty jazzy, sultry vocals that acts as the icing on this cake. However, what really sets this band apart is the songwriting ability. Each and every tune they put together has a number of different working parts and sections, and hearing them come together is quite enthralling. We’re sure you’ll enjoy seeing this act live, but in the meantime, enjoy the video below.

Fittingly, Nashville-by-Bowling-Green based artist Stephen Gordon lists Neil Young as an influence in a number of sources. When one actually takes the time to listen to Gordon’s tunes, Young’s impact is readily heard, especially in some of the vocal tones in the verses. However, you’ll also hear more modern influences, especially Sufjan Stevens. Regardless of his influence, Stephen Gordon is one of the more unique indie folk acts around town, and he certainly deserves a listen.

Let’s just start off by saying there’s a reason that ELEL won a round of Road to Roo.  Although the project has been spearheaded by Ben Elkins, the group uses multiple vocalists and tons of different instrumentations to create a really full, engaging sound. Known for catchy hooks that will practically force your body to start dancing, ELEL is to perfect band to see at Bonnaroo, an exemplary band to watch play some cover tunes tonight, and a great candidate for your new favorite local act.

With a name like The Beech Benders, you would expect this four piece to sound upbeat and surfy. Thankfully, you would not be disappointed. The group does delve into a bit of a Nashville blues sound on occasion, but by and large, The Beech Benders fall into the same category as Steelism and a few other acts: 60’s rock revival. Fortunately for all of us listeners, this type of music is so incredibly infectious and fun, you won’t have even a remotely hard time trying to rock out. If there was ever a band that channeled good, entertaining vibes, it would be the Beech Benders, and for that reason we recommend you get to the show early enough tonight to hear their set.

You may or may not know singer-songwriter Neal Carpenter from his popular track “Perfect Timing”, but even if you haven’t heard of him yet, we assure you that you’ll like what you hear. Besides having a charming voice and impeccable songwriting ability, Carpenter simply channels musical ability in a way few artists know how. It’s immediately obvious when listening to him that this guy absolutely loves what he’s doing, and that passion makes it easy for him to move audiences.

Commitment Bells seems to fully embrace the staples of any good rock band: huge guitars, thundering drums, and inescapably catchy hooks. Plus, they like to play really, really loud. This is good news for you if you get out to the show early enough to catch this five piece, as it means you’ll get to witness one heck of a show. Commitment Bells is definitely an act you don’t want to miss, so why not go ahead and plan on coming out and hearing some Neil Young tunes tonight?

The Reneaus, Stephen Gordon, El El, The Beech Benders, Neal Carpenter, and Commitment Bells will perform a Tribute To Neil Young tonight (3/26) at The Basement. The show is 21+, begins at at 9 pm (doors at 8 pm), and tickets are available for $5.

Bonnaroo Band Of The Day: Those Darlins