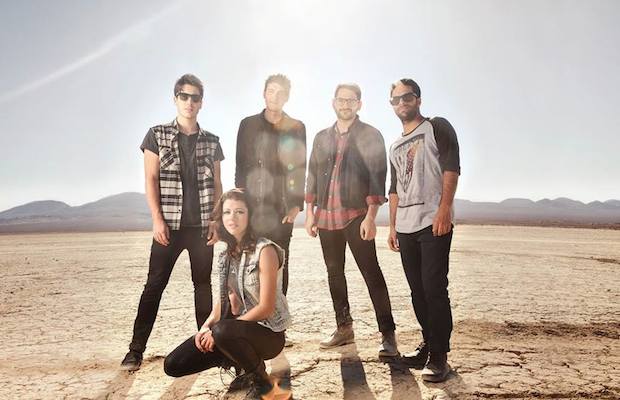 As we told you way back in December, pop rockers We Are The In Crowd are set to bring their “Reunion Tour” (they never actually went anywhere) to Nashville, for their first Music City show in quite a few years. The group’s headlining outing will take place at Rocketown (white building), and will feature a seriously impressive lineup of William Beckett, Set It Off, State Champs, and Candy Hearts! That’s a lot of touring bands, and, for $16, this show’s a downright bargain! Keep reading for a preview of the bill.

WE ARE THE IN CROWD

Hailing from Poughkeepsie, NY, We Are The In Crowd have spent several years on the scene, honing their sound, touring relentlessly, and amassing a reputation for crafting some of the sharpest, poppiest, and most fun songs in the game. They’re out on their very first headlining tour in support of their latest effort, Weird Kids. Come for their road-polished, high-energy stage show and dual frontman/frontwoman dynamics, but come early; you don’t want to miss a single band on this lineup.

Former The Academy Is frontman William Beckett has been releasing solo EPs, and, most recently, his debut full-length, Genuine & Counterfeit, for several years now. More experimental and decidedly less punk than the singer’s former band, Beckett’s solo music is a genre-bending, unabashedly poppy, and a deeply personal display of a songwriter at his best and most mature.

Florida’s Set It Off channel a unique mix of pop punk, alt rock, and orchestral rock, unafraid to tread into heavier territory, rooted in a strong writing foundation and confident performance style, and with a flair for the theatrical. The group will hit the studio with super producer John Feldmann, the man responsible for We Are The In Crowd’s latest, sometime this year.

Part of a course-correcting new crop of bands who have effectively boiled pop punk down to its essence and latched onto all of the best parts, State Champs are one of the most refreshing, straightforward, and downright great acts to come out of the scene in recent years. Don’t believe us? Listen to last year’s The Finer Things. It’s pure pop punk bliss!

Rounding out the bill on an unbelievably high note, Candy Hearts alone would be worth the price of admission. It’s practically criminal that the whole world hasn’t been obsessing over this band, and their unbelievable knack for crafting straightforward pop punk and pop rock tunes, as much as we have. The group’s upcoming Chad Gilbert-prodcued new full-length is one of our year’s most anticipated!

We Are The In Crowd, William Beckett, Set It Off, State Champs, and Candy Hearts will perform TONIGHT at Rocketown. The show is all ages, begins at at 6 p.m., and tickets are available for $16.