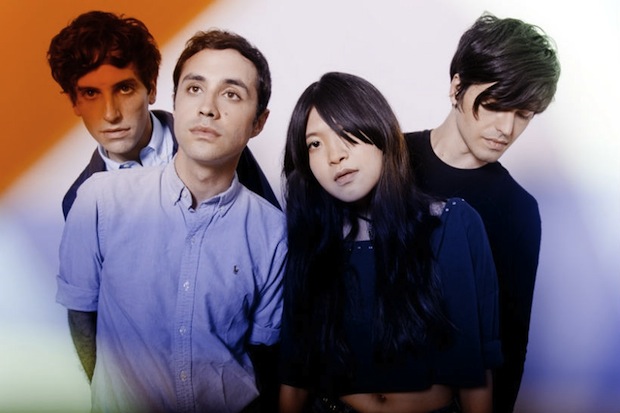 One of our favorite Indie pop bands hailing from New York, The Pains Of Being Pure At Heart are in town tonight and ready to get your head bopping and your feet moving at Exit/ In. You can get ticket here for $10 or just two dollars more in person ($12 at the door).

It’s an 18+ show, and the doors will be open at 8. Warm-up Virginia natives Eternal Summers will showcase their self described ‘dream punk’ at 9 and the headliners should go on about 10 so don’t miss out on either amazing band! For a little more info on each and a taste of their tunage please read on after the jump …

Eagerly touring in support of their third album Days of Abandon, which drops April 22nd, PBPH is a band on the rise in this brave new world of noise and indie pop cross-breeding. Their sound has also be described as “shoegaze”, a sub-sub genre of alternative music made popular by bands like My Bloody Valentine. The term comes from the way most of these bands stand relatively still during performances in a detached introspective state and kind of zone out, looking down often to adjust their effect peddles. You can call it whatever the hell you want we still say rocks! Check out the first single “Simple and Sure” off their latest and go see them live and in person tonight.

Eternal Summers formed around 2009 in Roanoke, VA and they just released their latest album The Drop Beneath earlier this month. They are now taking their mentioned ‘dream punk’ show on the road in support of PBPH.

The Pains of Being Pure at Heart and Eternal Summers will perform TONIGHT at Exit/ In. The show is 18+, begins at 9 (doors at 8), and tickets are available for $10 here or $12 at the door.

Denney And The Jets drop second single, "Mama's Got The Blues," from upcoming LP 'Mexican Coke'