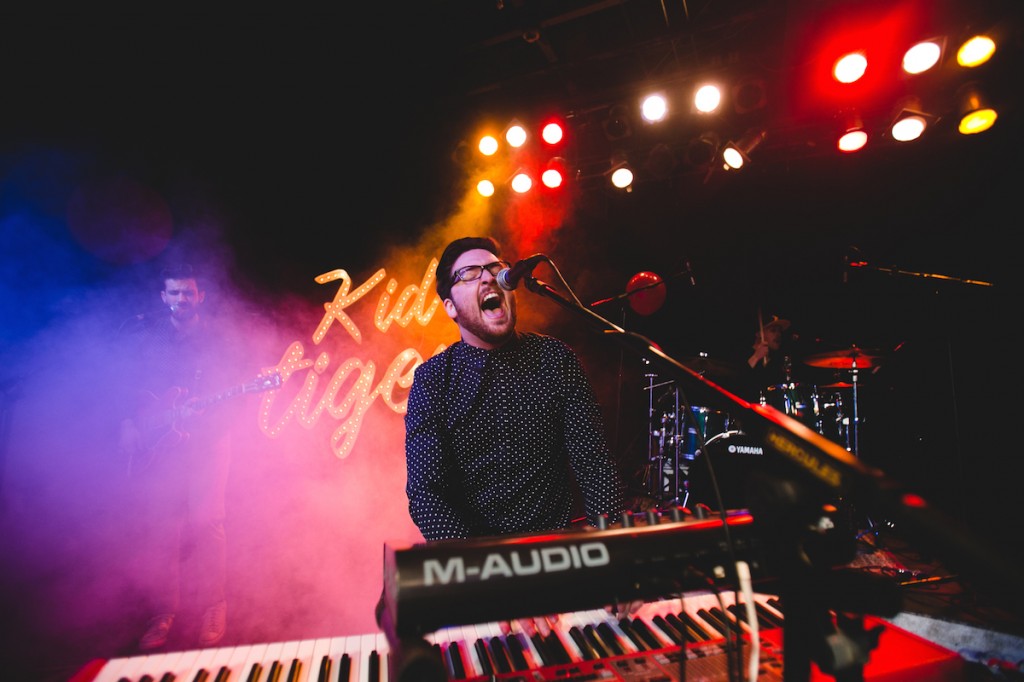 While most of Nashville is in Austin Texas this week, we were reminded last weekend what the spring time will do to our local music scene.  In a night that featured the final night of Freakin’ Weekend and a number of other not-to-miss shows, it was Daniel Ellsworth & The Great Lakes release show for Kid Tiger over at Exit/In that really made the statement of the weekend!

The above described crazy ass weekend didn’t allow us to arrive in time to see recent Road To Bonnaroo winners, Blank Range, but the industry joes at the event were raving about their performance.  Surely, with that recent win, we are only going to see more and more Blank Range on bills throughout 2014.

So, upon our arrival, long-time blog faves Alanna Royale were in full swing as Exit/In continued to swell towards it’s 750 person capacity.  The crowd was jovial, and Alanna was as strong as ever in keeping the grooves rolling.  Unfortunately, we only caught the final three songs before duty called us across the street for a brief check-in for Freakin Weekend.

We rolled back across Elliston just in time to see Steve Lee perform his brief “public service announcement” discouraging texting while driving, before Lightning 100’s Wells Adams enthusiastically introduced Daniel Ellsworth & The Great Lakes.  Backed by a giant “Kid Tiger” sign (see pics below), they really brought out all the stops for the release of their incredible new album.  DE&GTL toured us through the album which peaks with infectious danceable indie-pop and soars through more rock themed tracks.  The smile-slapped capacity crowd certainly understood everything about DE&TGL that our team has been writing about since our first listen.  Even in talking to other musicians and industry folks at the show, we agreed that this may be goodbye for DE&TGL, but not in the bad, hang-it-up-already, don’t-quit-your-day-job, sort of way.  More like, it may be goodbye in the Wild Cub, wait-what-happened, they’re-so-big-now, sort of way.  And let’s face it, that’s the dream of pretty much everyone who ever picked up an instrument.

If you haven’t already had a listen to Kid Tiger yet, you are really missing out.  You can check it out right here, and you can grab a physical copy wherever you buy your records.  In the meantime, check out some incredible shots of DE&TGL from photographer Jake Giles Netter below.