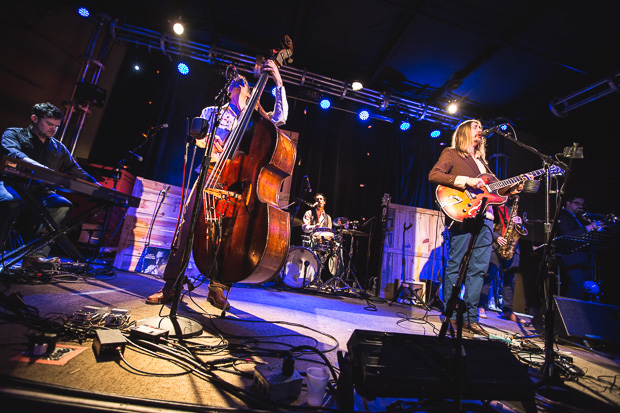 It is incredibly difficult to put it into words how completely blown away we were by this show. The Wood Brothers, along with opener Brigitte DeMeyer and special guests Gabe Dixon, Nathanial’s Hörnblowérs, and Jason Eskridge brought it like we have never witnessed at 3rd & Lindsley. As soon as we arrived and staked out our places in front of the stage, we saw extra props, lights, and microphones carefully dispersed around the stage. It was clear this was not going to be just a normal show.

3rd & Lindsley has developed a reputation for booking world-class musical acts and supporting them with a top notch sound system and staff. However, they pulled out all the stops on this particular evening. We have our full review, and photos from Shawn Jackson of Sundel Perry Photography below. 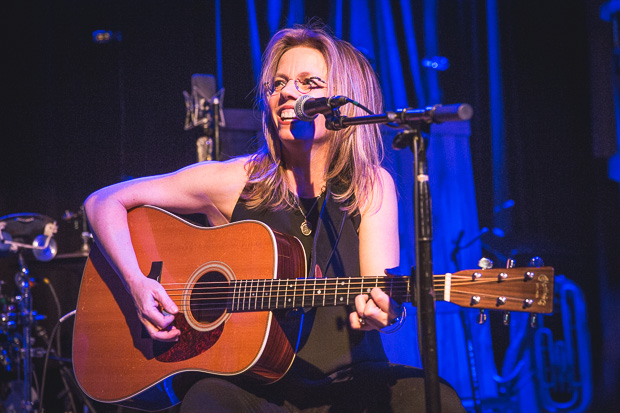 The crowd was just beginning to pack in around the front of the stage when Brigitte DeMeyer took the stage, accompanied by Pat Bergeson. The acoustic duo began warming up the crowd with foot-stomping, emotive, and bluesy, yet mellow, songs. The dual acoustic guitars and beautiful vocals are a perfect fit to open for The Wood Brothers. 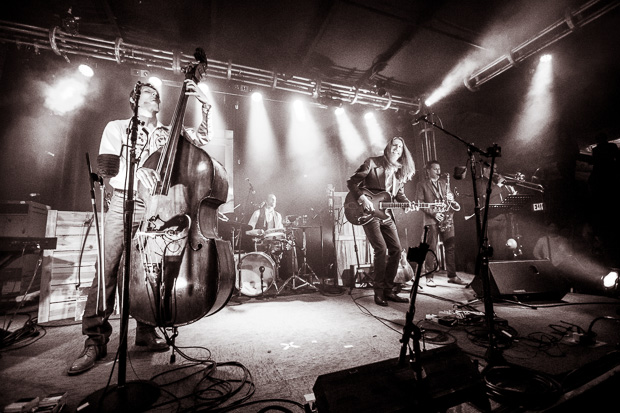 The Wood Brothers took the stage shortly after Brigitte’s set, and the packed house erupted as the band broke out with “Neon Tombstone”. The energy being whipped around the room grew and grew as the band belted out song after song. The light show was among the most impressive we’ve seen in Nashville for a venue of this size, second only maybe to 12th & Porter.

Gabe Dixon accompanied the band on stage a few times on vocals, organ, and electric piano. Nathanial’s Hörnblowérs joined the party for a time, mostly contributing as a horn section. Toward the end of the night, when the lights dropped down low, Chris (on bass) and Oliver Wood (on guitar), Jano Rix (on shuitar) gathered around a single mic at center stage for some very intimate songs. Nathanial’s Hörnblowérs performed off to the side for a number of songs then joined the group around the mic, one of them subbing his saxophone for a second shuitar.

They closed the night with an encore of Michael Jackson’s PYT (Pretty Young Thing), accompanied by Jason Eskridge, followed by The Band’s Ophelia accompanied again by Gabe Dixon and Nathanial’s Hörnblowérs. We are extremely excited to find out what The Wood Brothers are planning to do with the video and audio they captured that night. It would be very thrilling to relive the experience.

In the meantime, please check out the gallery below packed with dozens of photos from the show.