[Morrissey Week] ‘Your Arsenal’ “Definitive” Reissue and Its Impact 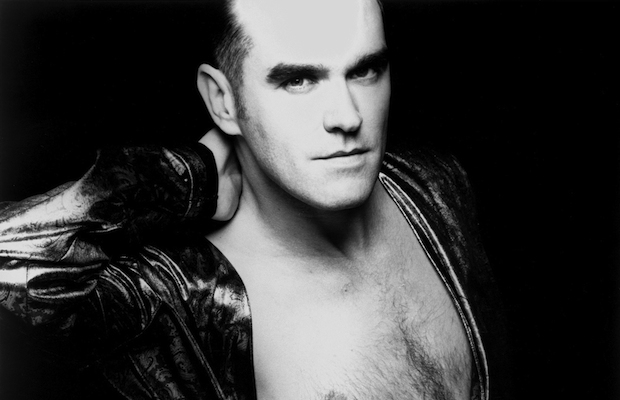 In celebration of Morrissey‘s May 28 return to The Ryman (tickets here) and our accompanying ticket giveaway (get the full scoop), we’re going to be bringing you Moz-releated posts all week long. Yesterday, we got things started with a show preview, and, today, we’re taking a look at the new deluxe reissue and “definitive” remaster of the Pope of Mope’s classic, Your Arsenal.

Though his debut, Viva Hate, was well-liked by fans, and cemented Morrissey’s transition to successful solo performer, the singer hadn’t yet fully-realized his own style. An incredible compilation, Bona Drag, followed, though his sophomore effort, Kill Uncle, arguably fell a bit flat. 1992 saw a bit of a shakeup, with Moz putting together an entirely new band and songwriting team, consisting of former rockabilly musicians Alain Whyte and Boz Boorer, who would collaborate with the singer on every release going forward. Lightning really struck with Your Arsenal, which was released July 27, 1992, and went on to achieve critical and commercial success, and even nabbed a Gramny nomination for Best Alternative Album. Arguably the singer’s most famous and well-liked solo release, it’s no surprise that, even without any sort of anniversary or special occasion, it’s been tapped for extra special reissue treatment, and, unlike other recent Morrissey-helmed reissues, it’s been improved, not tampered with.

Released digitally and physically, on CD and vinyl, the Your Arsenal reissue leaves the tracklist unaltered, however closing song, “Tomorrow,” has been subbed for the “superior” U.S. single mix. Additionally, all tracks have been remastered, dubbed the “definitive” remaster, and this time around, truly sound better than they ever have. Arsenal is an album with no weak spots, boasting numerous singles, live performance staples, and classics, demonstrating what Morrissey sounds like when he’s firing on all cylinders. Of the handful of reissues and re-workings he’s released of the past few years, this is the first that not only felt the most-deserving, but also holds a candle to the incredible 2011 Johnny Marr-helmed Smiths reissues.

Along with the record, a bonus DVD has been bundled with the release, which features a previously unreleased live performance from Halloween in 1991 at the Shoreline Amphitheatre in Mountain View, California. Watch a performance of “Disappointed” from that show (but not from the DVD) below:

22 years later, Your Arsenal stands as not only the personal best from a living legend, but as the epitome of alternative rock done right. Whether you’re a long-time fan (buy the vinyl) or a new listener (stream it on Spotify), this reissue, which dropped last week through Parlophone, is indispensable. Not only has the album’s impact been long-lasting, and helped Morrissey become something of a cult icon in a way few musicians have ever achieved in life, but it has also influenced and inspired countless other artists. For a taste of its reach, we’ll leave you with David Bowie’s cover of “I Know It’s Gonna Happen Someday” from 1993’s Black Tie White Noise. We can’t stress enough, go see Morrissey May 28 at The Ryman!