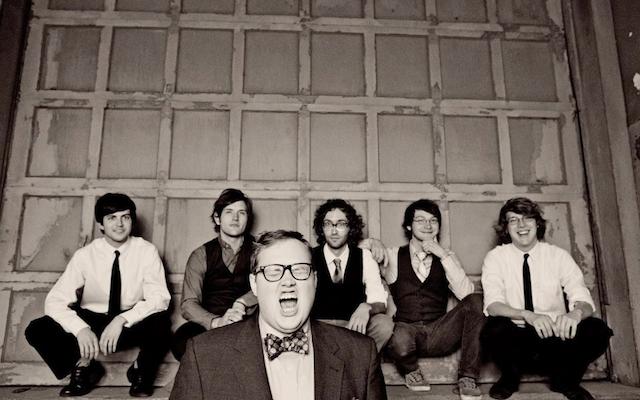 In the last few years, we’ve seen a stunning revival of the funk/soul sound. Led primarily by acts like the Alabama Shakes or Fitz and the Tantrums, there seems to be a huge interest in that old school sound. Here at No Country, we couldn’t be happier about this, as it’s paved the ways for a lot of fantastic bands to get their music out there. One such band is the Birmingham natives St. Paul and the Broken Bones. You may have gotten a chance to hear these guys during their amazing set in last year’s Live on the Green, and you could see them again at Bonnaroo. However, wouldn’t it just be easiest to see them tonight at 9 pm, February 27th, at Mercy Lounge? After all, the show only costs $15. Plus, you have the added benefit of getting to witness an awesome set by openers Steelism. All in all, this sounds like a pretty good deal to us, but don’t just take our word for it. After the jump, you can educate yourself about both these stellar bands, and take a listen to some of their hit tunes.

ST. PAUL AND THE BROKEN BONES

Emerging from hot, sunny, soul band breeding grounds that is Alabama, St. Paul and the Broken Bones has taken the world by storm in the last few years. At first, this was done on the back of a 4 song EP; interestingly enough, some of their early sets saw were mostly covers, as the band simply hadn’t perfected enough material to fill an hour time slot. However, just a couple of weeks ago, the group released Half the City, their first proper full length. The album is full of hits we love (“Like a Mighty River” is embedded below), but much like the rest of their career, the real strength of St. Paul and the Broken Bones comes from their live show. You can experience the killer rhythmic grooves, bombastic horn lines, and, of course, Paul Janeway’s staggeringly powerful vocal ability live tonight at Mercy for only $15.

Opening for St. Paul is local (mostly) duo Steelism. The band, which is composed of Jeremy Fetzer and Spencer Cullum Jr., have an EP out titled The Intoxicating Sounds of Pedal Steel and Guitar, and frankly no word describes their tunes better than the one in the title, intoxicating. Lacking in vocals, the duo instead uses instrumental hooks and downright nasty grooves to draw in listeners. These guys are upbeat, fun, and a rather unique staple on the scene around here, so if you haven’t gotten a chance to check them out, you really ought to. Again, you can do that tonight at Mercy Lounge for only $15.