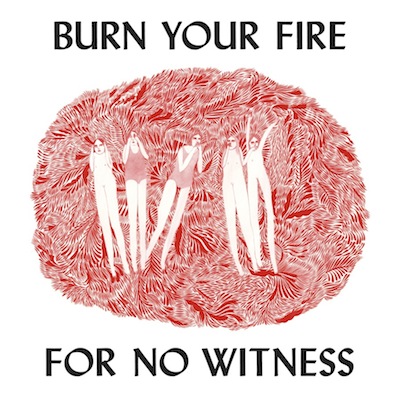 Angel Olsen will play at The Stone Fox on Saturday, Feb. 22 to celebrate the release of her brand new critically acclaimed album, Burn Your Fire for No Witness via Jagjaguwar with producer John Congleton (David Byrne, St. Vincent, The Black Angels, The Walkmen). The record is haunting, sounding as if it could have been captured within the confines of HAIL after a moonlit seance in Woodlawn of Memorial Park. Olsen’s voice stirs like an old country croon (think ghost of Patsy Cline, Judy Garland) with heavy restraint and animalistic intensity. Her sparse and quiet moments can shadow but in a breath, cast piercing light. Olsen delivers the cutting chill of her home base Chicago, eerily and evocatively with a heated paranoia that makes one question, how the hell did you miss this one Jack White?

Burn Your Fire For No Witness sonically captures the fury and liberation of the 1978 cult classic, I Spit On Your Grave, with more of a southern drawl (imagine Dolly Parton in Camille Keaton’s role). Sonically, you can almost feel the sensation of acoustic meeting electric in the spaces within notes, a crafted notion she’s exuded previously in her artistic discography.

“I write a lot of songs while riding my bike,” she said in an interview with Stereogum. She radiated positivity (take note jaded Nashvillians), sharing advice that, “[you] just gotta have fun and make music and live life and be free.”

Burn Your Fire For No Witness features 11 tracks of bewitching, lo-fi musicals (with lyrics, “If you’ve still got some light in you / Then go before it’s gone / Burn your fire for no witness / It’s the only way it’s done”), sounding of an uncovered mixtape left by the lady ghost of Nashville.

Catch her intimate live performance at The Stone Fox on Feb. 22 (18+) with Natalie Prass & Cian Nugent (tix are currently available), and stay tuned for our live review! Pick up Burn Your Fire for No Witness (now available!) at the show or with Grimey’s, The Groove, Jagjaguwar, iTunes, or Amazon before / after.