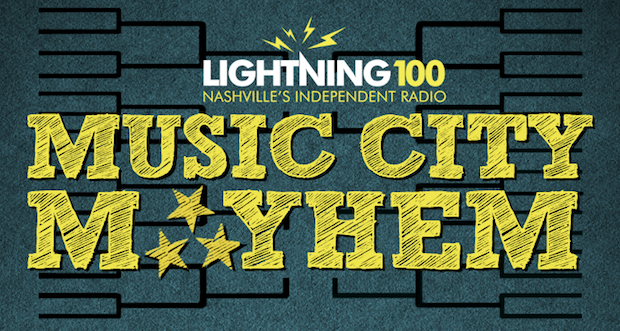 Here we go again. It’s time for the Music City Mayhem competition. Hundreds of artists submit to make the 32 spot playoff field, and from there it is all about getting the votes and hustling. Lulu Mae won the competition last year, and past winners have included Roots Of A Rebellion (2012), Eastern Block (2011), Hightide Blues (2010), and Moon Taxi (2009).  Does that sound like a group that your band would like to be a part of?

If so, you can submit for consideration at the Lightning 100 website before Friday (2/21).  From there, the 32 selected bands will compete via online voting to determine the “final four” plus one wild card entry who will all compete in a live battle of the bands style showdown at Pavilion East on April 19th to determine the 2014 winner!

Head over to Lightning 100 for additional details, and to submit your band for the big dance before Friday (2/21)!