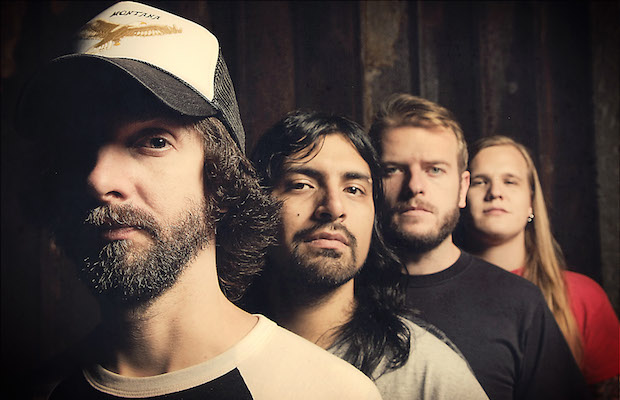 Itching for a good metal show? Not, like, trendy metalcore or hardcore or retro rock or butt rock, but real, actual, metal? We’ve got just the show for you. With support from Big Business and one of our faves, O’Brother, Texas doom/stoner metal outfit The Sword will rock Exit/In tonight with what is just about the freshest and most stacked bills a modern fan of the genre could ask for. You can still grab tickets here, and, after the jump, find out more about the bands who will be melting your face off tonight.

Hailing from Austin, The Sword have, over four albums and nearly a decade of touring, managed to find a balance between calling back to classic metal (Black Sabbath’s influence, especially, can be heard all over their sound) and assimilating into the modern heavy music landscape. Diverse and interesting in composition, concept, and thematic focus, The Sword tout one of the strongest and gut-punchingly heavy live shows around, earning them supporting slots over the years with heavy-hitters like Metallica and …Trail of Dead. The group are so metal, in fact, that they nearly run the risk of being cliche, but they’re so damn good that it doesn’t even matter.

Sludgy Seattle metal act Big Business boasts two members who are also a part of the current lineup of The Melvins. So, that alone should be enough to pique your interest. Though touring has been somewhat intermittent, they’ve managed to crank out four full-lengths over the past ten years, producing what is, most certainly, some of the best and most overlooked music in the scene. Metalheads and non-metalheads alike, if you haven’t jumped on the Big Business bandwagon yet, it’s time to get started.

We’ve given you the down low on the Atlanta experimental rockers O’Brother on more than a few occasions. Though they haven’t quite popped yet in their Nashville pull, they’ve become one of the most interesting, diverse, and explosively amazing live acts in heavy music, crafting a small but rabid local fan base throughout several stops here over the past year. One part alt rock, one part sludge/stoner metal, one part post-hardcore, and all parts awesome, O’Brother are, hands down, one of the best emerging acts making music today. Period.