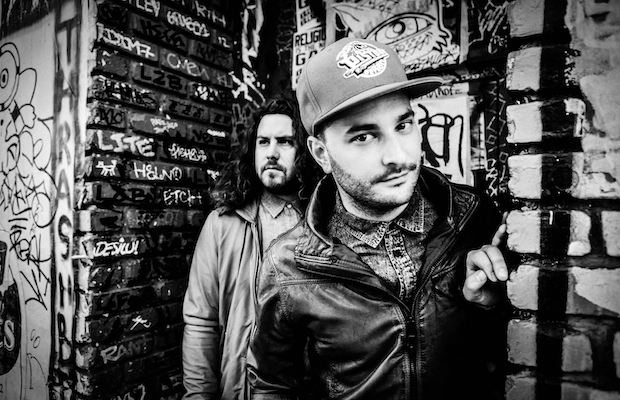 And so the story goes, many moons ago, our fearless founder, Matt Hall, newly returned to the area after years of living on the west coast, went to see a band, Dale Earnhardt Jr. Jr., who had been pulling spectacular crowds in San Francisco, in Nashville, and what did he discover? Only a handful of attendees. Determined to help Music City’s independent rock scene thrive and up and coming touring bands get their due, Matt founded a blog, this blog, and, so, No Country For New Nashville was born. Save for an appearance at Bonnaroo, the group haven’t been back since, so, Nashville, TONIGHT’s your chance to show them how much the scene is thriving these days. Dale Jr. are set to play Mercy Lounge, supported by the fantastic Chad Valley, and tickets are still available. Keep reading to find out more.

Since their last visit to Nashville, Detroit indie pop duo Dale Earnhardt Jr. Jr. have released not one, but two, full-length albums, 2011 breakthrough It’s a Corporate World and last year’s followup, The Speed of Things. Rising through the ranks to become one of the most buzzed about bands in the scene, Dale Jr. is all at once light, accessible, smart, and endlessly well orchestrated; an addictive, layered, synth-laden and dance-ready flavor of indie rock. Never ones to slow down, the band most recently released a new mixtape, further pushing the limits of their sound. Stream or download it for free right here.

The electro-pop alias of producer Hugo Manuel, Chad Valley is someone we’ve had our eye on since the release of his criminally underrated debut, Young Hunger, in 2012. Unabashedly poppy, Valley is a love letter to ’80s dance rock and modern synth pop, with retro melodic tendencies and sweeping synths that you can’t help but dance to. This marks the UK performer’s first time playing Nashville, and he’s one hell of an up and comer; we can’t stress enough, don’t let this opening act pass you by!