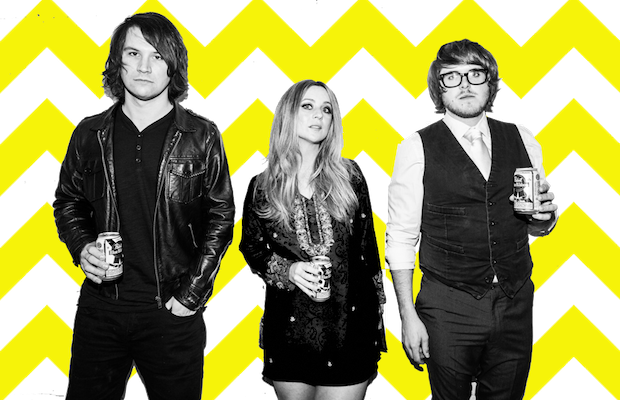 Quite a week for local surf rock trio *repeat repeat, huh? As we told you a few days ago, the group announced their debut full-length, Bad Latitude, and launched a variety of pre-order options, announced a spring tour with El El, and scheduled quite a few local dates, including a record release performance at Grimey’s.

Keeping the momentum going, *repeat repeat have just been featured in the very first episode of “Shop Sessions,” a new monthly series from local apparel brand DCXV. Filmed in-store at the DCXV shop (727 Porter Rd.), Shop Sessions showcases some of Nashville’s best up and coming artists performing live in an intimate (and tiny) setting. Performances are curated by DCXV head honcho Adrien Saporiti, recorded by Joe Hutchinson, and filmed by Mary Beth Blankenship. Several songs are recorded and released in audio form, with one also receiving an accompanying live video. Check out this month’s video selection, “Love That Never Ages,” below, and head to DCXV’s Shop Sessions site to listen to the entire performance.