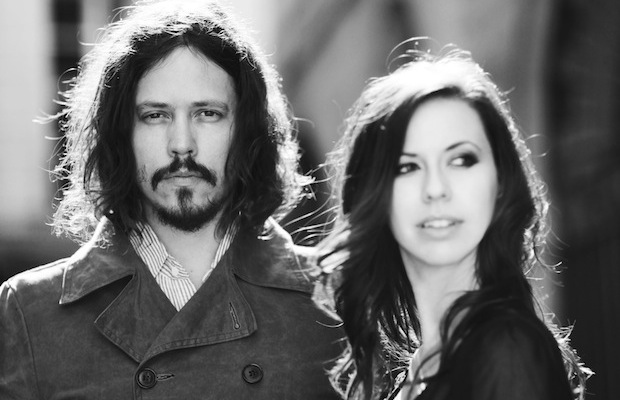 For a band still technically on “indefinite hiatus,” pseudo Nashville duo The Civil Wars sure have had a busy past year. For starters, they managed to release an entirely new album last summer, a highly-anticipated self-titled followup to their 2011 debut, Barton Hollow. Despite a low-level of promotional push, the under-appreciated effort, propelled by singles “The One That Got Away” and “Dust to Dust,” was pretty stellar and, apparently, wasn’t all that the duo had stocked away before their split. Formerly a Record Store Day exclusive vinyl release, and one of two Civil Wars EPs to be released last year (the other, Bare Bones, contained acoustic reworkings of tracks), the brand new digital version of Between the Bars is an EP of covers, including Portishead, Michael Jackson, the Romantics, and, of course, Elliott Smith’s “Between the Bars,” from which the EP gets its title. The track is out now as a single, and you can give it a spin below! If you like what you hear, pick up the EP on iTunes or peep the rest on Spotify.