Aziz Ansari to Return to Nashville | May 15 @ TPAC 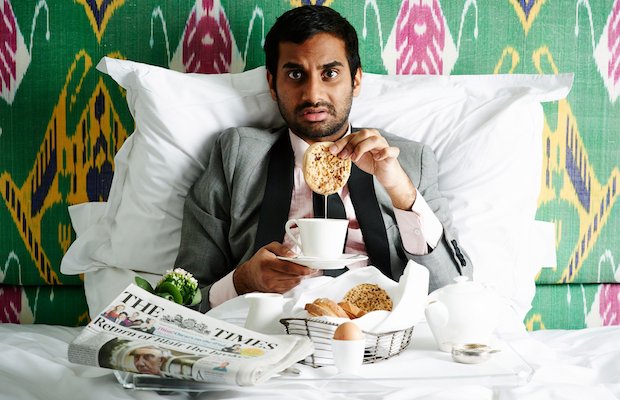 Quietly announced earlier this week, comedian Aziz Ansari will return to Nashville this spring for a performance at TPAC‘s Andrew Jackson Hall on May 15 as part of his new “Modern Romance” tour. The show will take place almost exactly one year after Ansari’s surprise midnight set at Third Man Records’ Blue Room, during which the Parks & Recreation star workshopped material that would form the basis of his upcoming tour. We were fortunate enough to have been in attendance, and are eagerly anticipating seeing the routine, which reflects on the effect of technology on our generation’s dating culture, in its final form.

Aziz’s third standup special, Buried Alive, was recently released through Netflix, and serves as a more socially-reflective departure from the family, food, and pop culture material of his first two specials. “Modern Romance” will, presumably, continue the push in this direction, and will land as its own special later this year or in early 2015. Tickets for Aziz’s performance are on sale now for a reasonable $39.75, and, from the looks of it, they’re going fast! If the date sounds familiar, it’s because it’s the same night as The 1975, but hey, comedy shows end early, treat yourself to both!