[PREVIEW] Dent May, Jack Name and D. Watusi TONIGHT at The Stone Fox 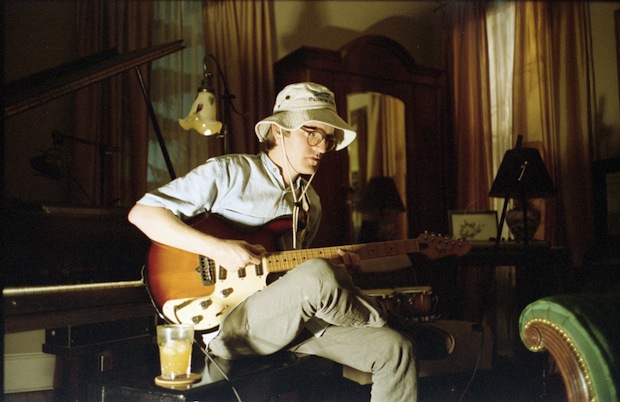 So maybe it isn’t quite the weekend just yet, but dammit you’ve had a hard week and you deserve to treat yourself! Or maybe your week has been mild to easy and you just want to let your hair down and rock out without having to spend an arm/leg. Fortunately for everyone, The Stone Fox continues to book amazing shows with top-notch talent and they don’t over-charge at the door. Tonight at 9 p.m. you get three AMAZING bands at one low price ($7), and you don’t even have to be legal drinking age to attend (18+)!

As always, The Fox is killing it in the lineup department, with Dent May, Jack Name (of White Fence fame) and locals D. Watusi. We’ll give you a little info about each after the jump, and some vids to go along with, so you can wet your whistle before you see them all in person. Enjoy!

Currently holed up in Oxford, MS (via Jackson, MS), the self-proclaimed “King of Un-pop” has dabbled in a little bit of everything, including singing in local church groups growing up, writing power-pop riffs with his high school band The Rockwells, kickstarting a DIY southern arts collective, Cats Purring, touring with a country rock band called Cowboy Maloney’s Electric City, and making his own brand of synth anti-pop on the side. As far as we know, tonight’s show will be mostly the latter, but, with a performer as eclectic and interesting as May, you never know what will happen next. See what we mean in the video below.

A man of many names, Jack Name is just the latest alias of John Webster Johns who is best known as the touring guitarist for White Fence, but he as been releasing music under many different monikers for almost a decade. Tonight’s performance is the latest project and in support of the recently released Light Show via God? Records/Drag City. We are really excited about this record and can’t wait to see some of it performed live. Word on the street is Jack will also be playing Freakin’ Weekend, which is an EPIC showcase we’ll be telling you even more about in the near future. You won’t want to miss it, so stay tuned!

Music City native punk rock ’n’ rollers whose high energy will have you convulsing with pure enjoyment. Their latest LP is called Dark Party, out through Nashville’s Dead. Check out a live performance from last year’s kickass showcase we just told you about a few lines above.