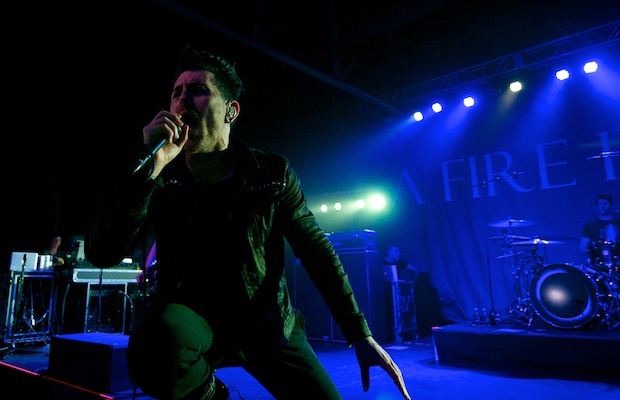 2014 is a weird year to be AFI. The California rockers, whose full name is A Fire Inside, have gone through many metamorphoses in their nearly two and a half decade career, notably breaking through into mainstream recognition with their decidedly more accessible 2003 outing, Sing the Sorrow, after spending a decade as a proper punk band. That album allowed them to coast on its momentum, producing a couple of followups with something of diminishing returns before reeling back from the spotlight for a several year breather. When the band reemerged late last year, with news of their ninth album, Burials, it was clear that it had to be another new chapter in AFI’s existence. Not only did the group deliver easily their best effort since Sing the Sorrow, but they managed to find a balance between their early punk and hardcore beginnings and their later pop accessibility, and blend it with a newfound affinity for moodier industrial rock. AFI, in 2014, are a band that probably shouldn’t still exist on paper, but one that I’m sincerely glad still does. It’s been many, many years since I last had the opportunity to catch them live, and their stop at Nashville’s Marathon Music Works last week was more than worth the wait; in fact, probably even more gratifying than it would have been otherwise, because of the wait. 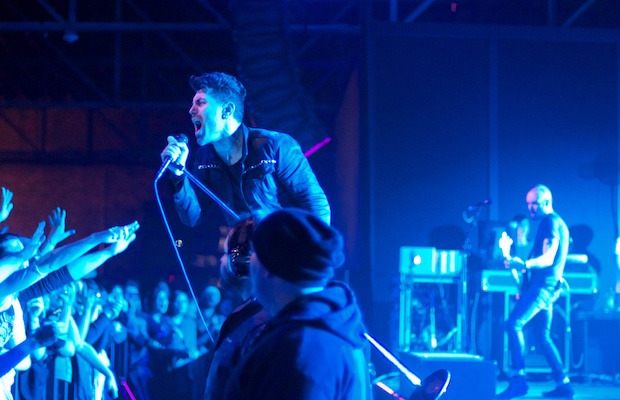 I was 15 and obsessed with punk rock when Sing the Sorrow came out. Though I was mildly familiar with some of AFI’s prior work, primarily The Art of Drowning and Black Sails in the Sunset, there was something about Sorrow that just hit harder, resounded more emotionally, and seeped into every essence of my musical being unlike anything I had experienced prior. I wasn’t alone in that opinion, clearly, as Sorrow still marks the group’s fan-favorite output; a perfect snapshot of a band in transition from angsty goth punk to radio primed pop punk. Appropriately, the set was packed with songs from that album; nearly a third of it, in fact. At this point it’s not even to capitalize on nostalgia, but more a sincere act of fan-service, conceding what is, truly, AFI at their best. Blasting into “The Leaving Song Pt. II” and “Girl’s Not Grey” to open, and closing the show with “Dancing Through Sunday” and “Silver and Cold,” AFI took me back to Warped Tour 2003, awakening my inner 15-year-old punk.

Grownup me has just as much admiration and respect for AFI as well, mind you, and, though the old stuff (and the really old stuff, which was present, but in the minority) still holds up live, I was intrigued by just how full and inspired the songs from Burials came across. Burials is a slower, denser, bigger album, designed to creep up on you with eerie effectiveness. What AFI have learned is how to bottle the intensity of their early years without simply playing fast and singing loud. Frontman Davey Havok still packs plenty of agression into every word, don’t you worry, and he’s as angsty as ever, but his new, comparatively subdued, slow-burn delivery is designed to creep up your skin and wrap every word around your brain for days to follow. When he yells lines like “I hope you suffer,” you can’t help but hope he’s not talking to you. 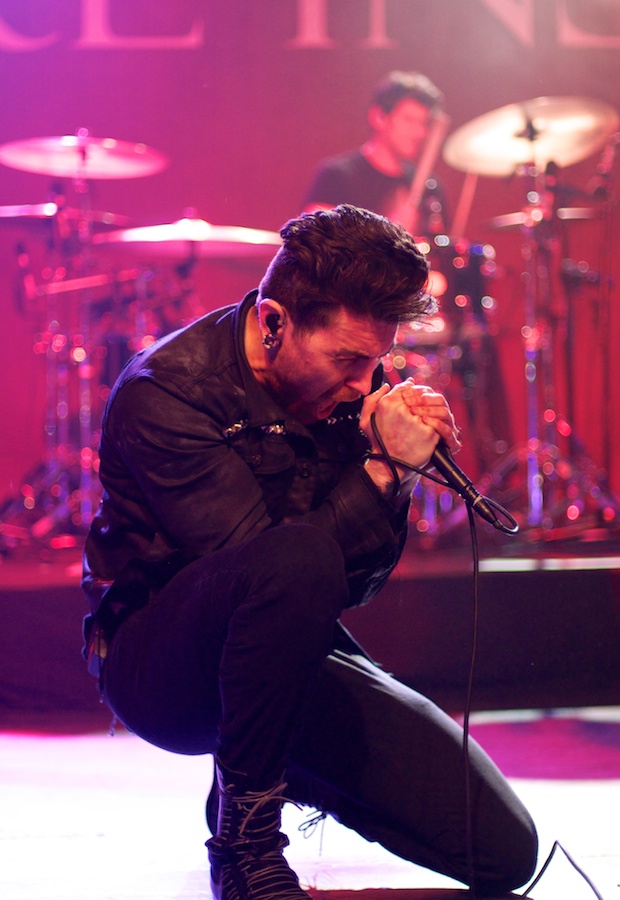 Now 38, Havok, and his bandmates Adam Carson (drums), Hunter Burgan (bass), and Jade Puget (guitar), play with the seasoned expertise of a punk band who’s been at it for decades- because, well, that’s exactly what they are. They haven’t lost their edge, however, still creating an energy and an explosiveness that many of their peers found dulled along the way. Havok spent a good few songs literally standing on top of the crowd, carrying himself with the poise of a veteran performer but channeling the unpredictability of one still playing dives. The handful of AFI performances I’ve had the pleasure of witnessing have all been incredible, and Nashville was no exception. Their songs, the whole spectrum of them, perfectly translate into a live setting, and AFI fans, who come in all shapes and sizes, help bring them to life in a more dynamic, honest way then one could ever hope for.

It’s hard to pick standout moments in a set that never lost steam, but, with an hour of material, balancing hits and fan-favorites, it was pretty gratifying to see the group cover The Cure as part of their encore. Always aligned with goth rock tendencies in their style and thematic focus, it’s great to see AFI give a nod to the ol’ Gothfathers themselves. If you had asked me in 2004 to imagine AFI in 2014, this would hardly have been my response, and that’s a good thing: AFI know how to reinvent themselves in the best way possible, keeping relevant without losing their foundation. I can’t wait to hear what they sound like in 2024.

Note: I did not catch complete sets of openers Youth Code or Coming, so they were omitted from this review. Both are fantastic bands, and I highly encourage you to check them out! 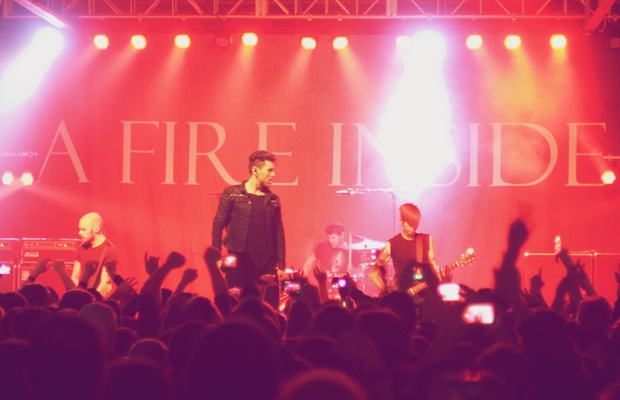 The Leaving Song Pt. II
Girl’s Not Grey
I Hope You Suffer
File 13
Love Like Winter
Ever and a Day
17 Crimes
The Leaving Song
Beautiful Thieves
Kill Caustic
Heart Stops
Miss Murder
The Days of the Phoenix
God Called in Sick Today