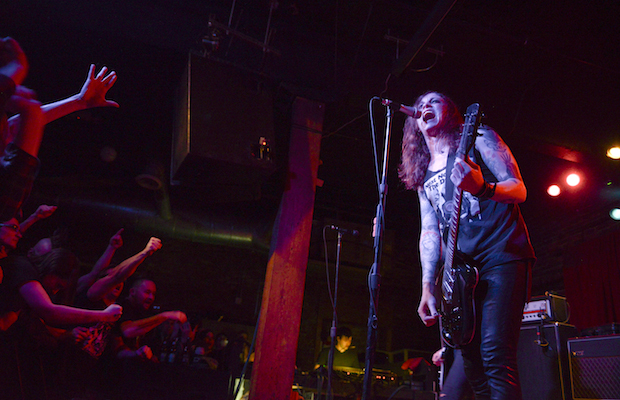 Against Me!
w/ The Sidekicks, The Shondes
Mercy Lounge; Nashville, TN
January 19, 2014

A transsexual frontwoman. A legendary punk drummer. A Swedish bassist who cut his teeth in the hardcore scene. These are just a few of the changes that have taken place within Florida punk band Against Me! in the couple of years since I last caught them. But, to be sure, those new additions run only surface deep. At their core, Against Me! are the same angsty, unabashedly outspoken, musically unstoppable punk band they’ve always been, and, perhaps, even moreso, with a greater sense of purpose and firmly established essence, in 2014. They proved this fact unequivocally Sunday night at Mercy Lounge, for their first Nashville performance in quite some time. 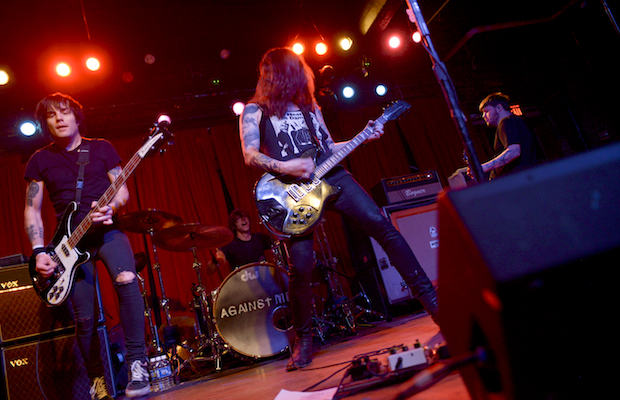 It’s been nearly two years since Against Me! frontwoman Laura Jane Grace first publicly came out as transgender, and began living life as a woman. Though Grace’s sexual identity doesn’t define Against Me! as a band, it certainly manifests itself very openly on the group’s brand new album, Transgender Dysphoria Blues. A long, long time in the making, the album deals heavily with gender dysphoria, but broadens the relatability of its thematic focus by reeling back to general themes of isolation, ostracism, and a yearning for acceptance.

Roaring to a start with new single “FUCKMYLIFE666,” Against Me! set a precedent right off the bat for where the show would really shine: the new stuff. The group included a generous five tracks from Transgender Dysphoria Blues in their set, and, as the only release to feature most of the current lineup (last year saw the departure of drummer Jay Weinberg and longtime bassist Andrew Seward), those songs felt the most connected, energetic, and natural of the bunch. That’s not to say the new rhythm section of Atom Willard and Inge Johansson weren’t up to the task of playing the old stuff; in fact, Against Me! have never sounded better, and their show was generously loaded with deep cuts. But, whether it was the sense of freshness, the earnestness seeping from every lyric, or the thematic importance, it was the new songs like “Unconditional Love” and “True Trans Soul Rebel” that hit me the hardest. 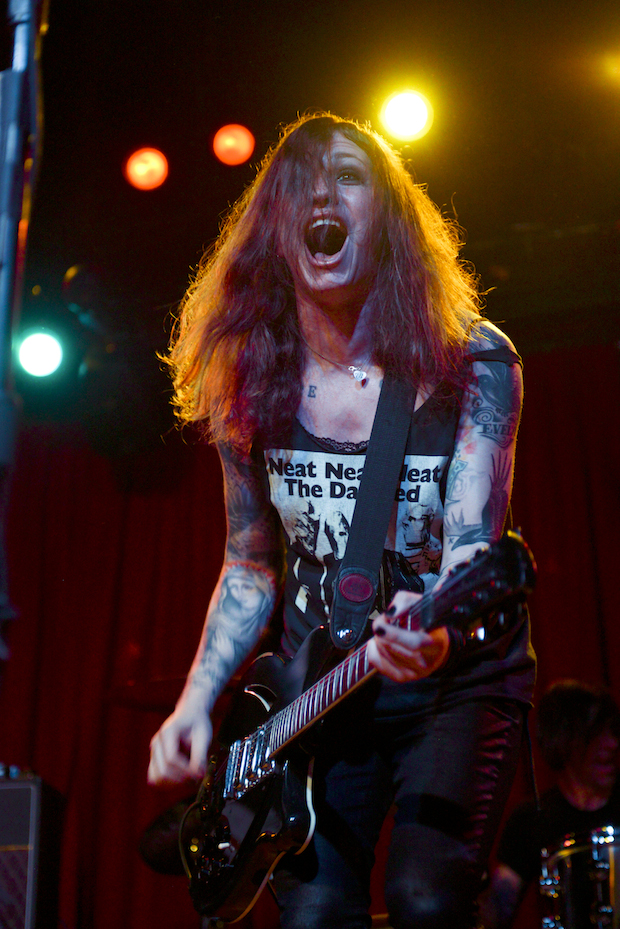 Mercy Lounge is always a great space for a sold out show, and especially a rowdy one, because it sounds fantastic no matter where you are, and allows the crowd to be packed in just enough to get crazy without creating full-on chaos. Though most of the audience, a refreshingly diverse bunch, opted only to scream and dance along, a healthy amount of moshing, crow-surfing, and stage diving took place throughout. Though Grace was high-energy and engaging with her performance, she was not especially talkative, delivering the bare minimum in banter, and, instead, allowing her songs to do all of the talking necessary. The rest of the band, which also includes longtime guitarist James Bowman, held their own, tightly and furiously plowing through the whopping 22-song set. Against Me! is a band, certainly, but the presence and aura of Laura Jane Grace is its most critical, resounding asset, and one that its supporting players are careful not to overshadow.

Aside from the Transgender songs, the cuts with the most singalong potential, “New Wave,” “Miami,” “I Was a Teenage Anarchist,” and “Don’t Lose Touch” among them, seemed to land the hardest. Against Me! channel a balance between pop-tinged, punk rock bliss and being socially conscious, enraged troubadours for a broader message, and so perfectly tiptoe between the two like no other band can. An Against Me! show is as fun as it is important; in fact, they’ve never felt so relevant. 17 years and six albums in, the band show no signs of slowing down, and, if you haven’t yet witnessed their unparalleled live show, especially if you consider yourself a fan of punk rock, you’re sorely missing out.

Note: I did not catch complete sets of openers The Sidekicks or The Shondes, so they were omitted from this review. Both are fantastic bands, and I highly encourage you to check them out! 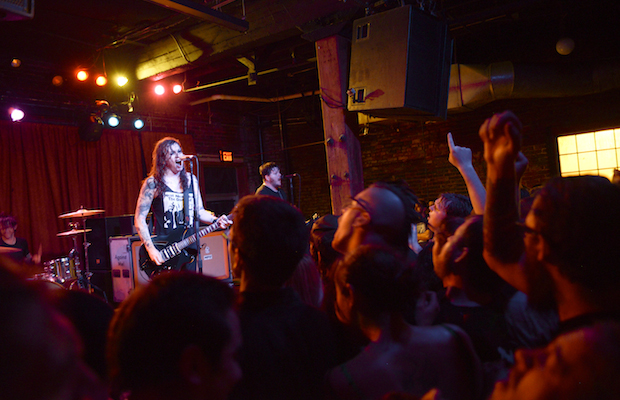 [Hump Day Diversion] Back atcha' like a Wrecking Ball