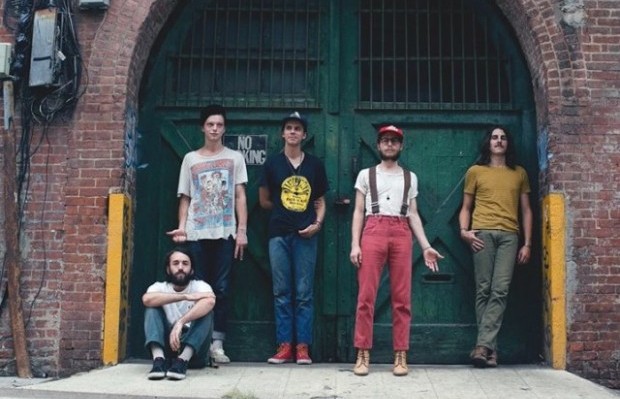 As was comfirmed after chatting with a local venue exec the other day, things are much busier around town than we would normally expect this time of year.  It seems that the music industry came racing out of their holiday slumber convinced to make 2014 theirs.  In addition to the week that started off with a killer house show and another sweet lineup at The Stone Fox on Tuesday, we had decisions, decisions, decisions to make last night.  It just keeps on going tonight with blog favorite Ranch Ghost, San Francisco mid-fi rockers Cool Ghouls, and un-googlable Music Band tonight over at The Stone Fox.

Really stoked for this show.  Things get started at 9pm, and will only run you $5.  We have the full rundown right after the jump.

If you don’t know Ranch Ghost, I’m really losing faith in you.  If you haven’t seen Ranch Ghost, you need to put the pipe down and get off of your computer to see some live music.  These guys blew up in Nashville last year.  We can still remember them as an unknown opener a few years ago, and were immediately impressed.  Not sure we thought we were impressed enough to imagine that a couple of short years later, they would roll into Mercy Lounge to win a very tough Road To Bonnaroo contest at that time though.  It just goes to show how much stronger Ranch Ghost is getting as a band, and it also shows why you need to get out to check them out.

Those of you that know No Country, you know that we stick to mostly local acts and shows.  It doesn’t mean our inbox doesn’t get hopelessly pounded by publicists hocking up band after band from every corner of the earth.  We try to give them at least a breeze through to know who to keep an eye on, and Cool Ghouls has been on our radar since that first email hit our inbox almost a year ago.  The San Francisco rockers have found a home with bourgeoning Bay Area rock scene counterparts Mikal Cronin, Ty Segall, and Thee Oh Sees, but their cool upbeat, throw-back, “mid-fi” sound is what should bring them into homes across the country.  Definitely one of our more anticipated up and coming bands coming through Nashville this winter.

Nashville rockers Music Band may be the band most in need of our help in town. They’ve been around since 2010, yet maintain almost zero search engine optimization presence. Their straight up rock sound is solid enough, but maybe they just need a little rag to start writing about them on a daily basis until it is possible to find them on Google. So, let’s start right now… those of you that don’t know Music Band, have a listen to their newest LP, Live At Wembley, which coincidentally released on Tuesday (1/15/14)  below.

Ranch Ghost, Cool Ghouls, and Music Band will perform Thursday, January 16th at The Stone Fox. The show is 18+, begins at 9pm (doors at 5pm), and tickets are available for $5 at the door.

Moon Taxi Perform "The New Black" on 'Conan;' Gear Up For Another Festival Season