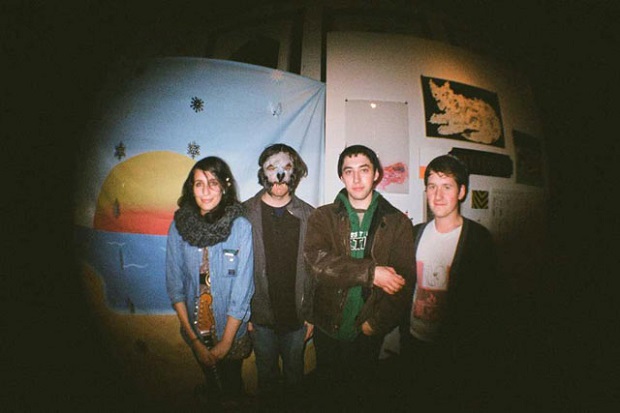 Catching Speedy Ortiz at The Stone Fox tonight will be a wise decision! They’re the kind of self-assertive, minimalist fuzz-rock band that is fueled by a live connection of raw lyrics and punk pit groove endorphins. Their latest album, Major Arcana, was inspired by a book lead singer Sadie Dupuis (a young, ominous songwriter-poet / writing and composition teacher) read about the history of the occult. READ ON>>>

Her thoughts aren’t all perfect darkness, she humors in her writing as well, like in this recent tweet:

On February 11, the Northampton, MA road warriors will release Real Hair, a 4-track nugget that reveals a new chapter with the same entanglement of enthrallment of their previous art, featuring lyrics such as “someone who sleeps with her neck in reverse.”

Guess what? Gnarwal was born in Nashville in “2007ish.” You know how you can tell? Because they’re pretty great players. Chappy Hull (guitars/ vocals) has an awesome scream voice to combat with Tyler Coburn’s (drums / “sometimes vocals”) sickening energized, double bass beats.

Speedy Ortiz, Grass Is Greener, and Gnarwal will perform TONIGHT at The Stone Fox. The show is 18+, begins at 9:00pm (doors at 8:00pm), and tickets are available for $7.