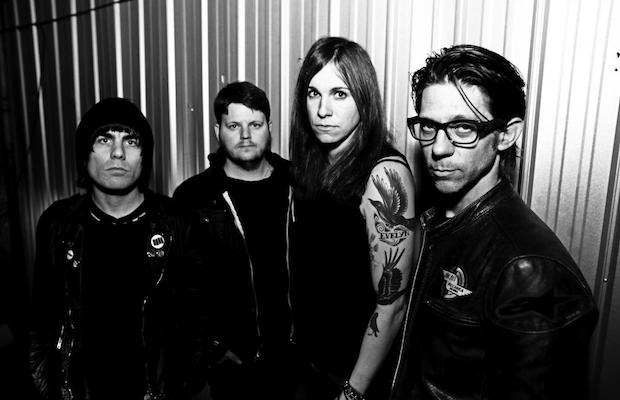 As we told you last month, influential punk rockers Against Me! are performing at Mercy Lounge this Sunday, Jan. 19, in support of their upcoming sixth album, Transgender Dysphoria Blues. Though the album, which has been years in the making, doesn’t officially drop until Jan. 21 (via the band’s own Total Treble label), you can stream it now, thanks to the fine folks at NPR and NME. Transgender Dysphoria Blues deals heavily with frontwoman Laura Jane Grace’s gender dysphoria, and, despite being wrought with band and personal turmoil, was deemed “too important not to release” by the singer. Sunday marks Laura’s first Nashville appearance since publicly coming out as trans and beginning to live life as a woman, but, trust us, Against Me! will be as badass as you’ve ever seen ’em, now with more stilettos (killer new drummer Atom Willard holding down the beat doesn’t hurt either). Start learning those new jams after the jump, and grab your tickets here. The Sidekicks and The Shondes will support.