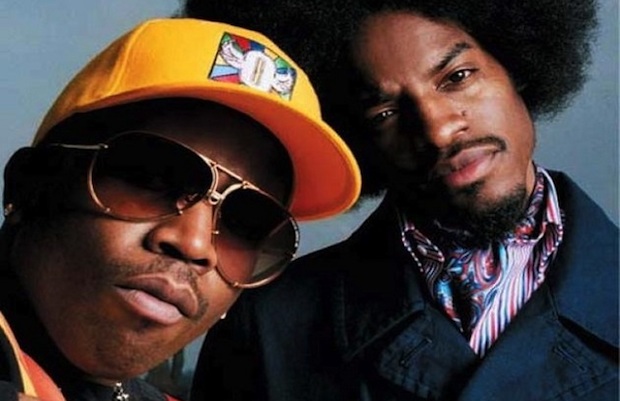 When pseudo-surprise news broke last week of hip hop superduo Outkast‘s reunion, part of this spring’s Coachella festival in California, one immediate question sprang to mind: would it just be a one (er, technically two) time thing, or a full-blown affair? News that the rappers would also headline New York’s Governor’s Ball shortly followed, building up fan excitement, until finally, today, the group joined Twitter with the announcement of a “full festival run of over 40 dates to celebrate 20 years.” Hear that? FORTY festival dates. Can you even name forty festivals?  With that kind of concert ambition, we’ll be surprised if there’s any fest Andre 3000 and Big Boi don’t end up a part of this year. Whether or not this is going to be one big fan-service reunion run before bowing out once more (a la The Postal Service 2013) or a precursor to new material and an indefinite future (a la the Pixies ’04) is uncertain, but there’s at least one thing we now know: if you were hoping to catch Outkast this year, you should have plenty of chances.

So what about Bonnaroo? Hey, we don’t see why not. It sounds like Big Boi and ‘dre want to hit every market, and ‘Roo’s right in their demo. Bonnaroo’s due for a major hip hop headliner, and we can’t think of anyone else who would make more sense at the top of the marquee. Outkast might just be the strongest headliner guess of all so far, in fact. Look for more details to leak out soon!

Outkast last released an album in 2006, and have not performed regularly in over a decade. Do you hope to see them at Bonnaroo?