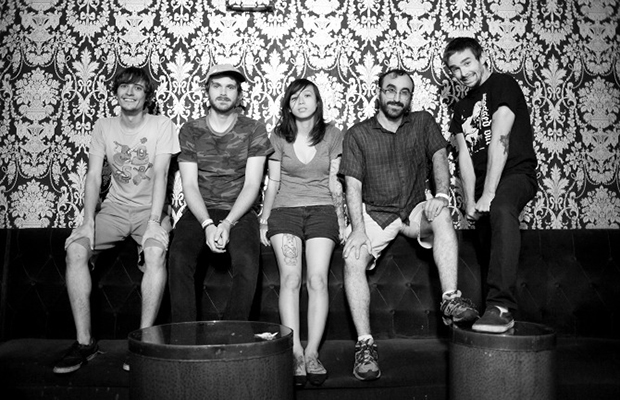 Atlanta-based indie-folk rockers The Wild and tour-mates and Orlando, Florida natives You Blew It! will be playing at DIY punk space, The Owl Farm, TONIGHT. They’ll be joined by Milwaukee indie/emo band Temple, Nashville locals Free Throw, and North Carolina’s Sinai Vessel. It’s only $8, doors are at 7 p.m. and the show starts at 8! None of these bands ever disappoint, so don’t miss out!

The Wild is a killer act to say the least. They combine a traditional folk sound with the raw energy and emotion that comes from the early days of punk. They’re currently touring in support of their latest release Dreams Are Maps. The album is a tribute to their friend Anthony Poynter, who died of cancer last year. The Wild recently played a sold-out show at the Troubadour in L.A. with Brand New and will be recording a Daytrotter session in the near future, so be sure to keep and eye out for that! Check out their song “There’s a Darkness (but There’s also a Light)” from Dreams Are Maps below and see it live tomorrow night!

It could be said that Orlando, Florida’s You Blew It! is a band with “bad music and zero integrity”  (yes, that is a direct quote from bassist Nick Inman), but we couldn’t disagree more. These guys are one of the most fun bands to see live, and they’re always entertaining. If you couldn’t tell, we’ve been huge fans of theirs for quite some time now. Their sophomore album, Keep Doing What You’re Doing, is streaming on Pitchfork.com, and it’s out January 14 via Topshelf Records. Here’s a preview of what you can look forward to tonight:

Hailing from Milwaukee, Wisconsin, indie/punk rockers Temple join this stacked line-up and we’re stoked to see them. Their most recent release, The Conscience of The King, can be streamed on their bandcamp. Give it a listen and head out to The Owl Farm early to check ’em out!

If you haven’t been out to see local Nashville band Free Throw, you’re seriously missing out. We love these guys and they always put on a killer live show. It’s safe to say that they’re quickly becoming one of our favorite local acts. Check out their song “Slam With The Best Or Jam Like The Rest” below, off of their latest release, Lavender Town.

Three-piece punk band Sinai Vessel will be getting things started tonight over at The Owl Farm. They just released their first EP in two years, Profanity, a few months ago and we’re digging it. Since it’s release, they’ve been touring like crazy and really making a name for themselves. They have a solid, well-composed sound, and that combine with poetic lyrics that people can truly relate to.  Be sure to head out early enough to see this awesome band, and hear the EP in person.