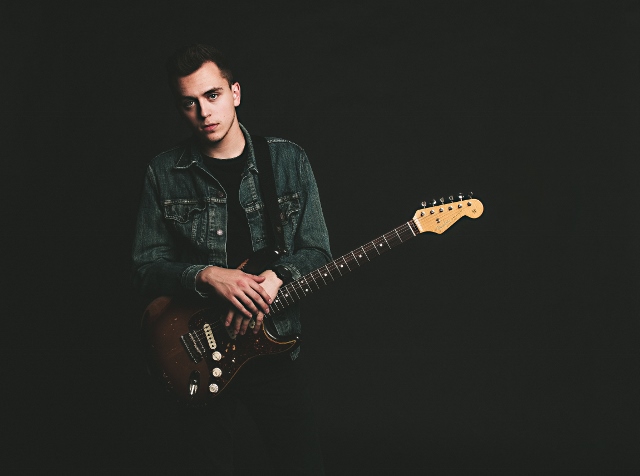 If you haven’t heard of Justin Forrest yet, it won’t be long before you have. Born and raised in the outskirts of Nashville, Justin has known music was his calling for a good while. He began playing guitar at an early age and was never hesitant on performing anywhere he could – even if that meant the middle school talent show. Now, out of high school and after attempting college, Justin has sold out the Hard Rock and recorded his debut album Chapters. Tonight at 3rd and Lindsley starting at 7 pm you can see Justin perform his new album for only $5. See why you should head downtown tonight, and keep Justin Forrest on your radar after the jump.

Justin grew up in a decent size town outside of Nashville. He began taking guitar lessons and hanging around local mom-and-pop music store, Shiloh Music Center, in Mount Juliet at a young age. He did everything he could to surround himself with music  while growing up, and yet still yearned for more. Starting his junior year of high school, he began writing songs from his experiences. These songs were complied, recorded, and produced as Chapters, his debut album. Chapters tells the story of Justin Forrest and the great weight behind his songs. The album has a very west coast rock feel with pop-like back beats. Throughout the tracks, Justin featured many great acts as well. Catch Justin Forrest tonight to hear what he has to say and hear the music for yourself below.