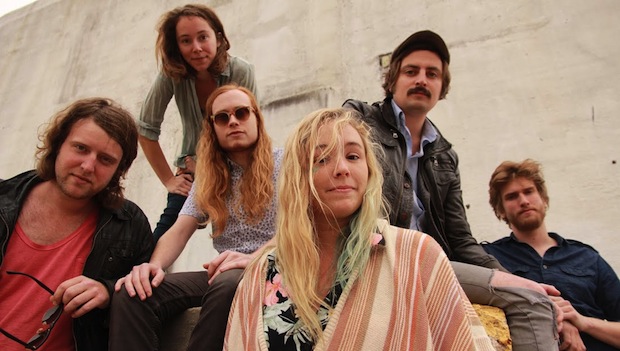 Folk revival has been going strong in 2013, with Austin’s Wild Child remaining one of the genre’s bright acts. After a couple late-night show and NPR performances, the band will bring all their charms to The High Watt tonight. The show gets started at 9 p.m. with Girl in a Coma‘s Nina Diaz and Holiday Mountain. You can snag tickets for $12 here. Learn more about this gig after the jump.

Nina Diaz (of Girl in a Coma)

Joan Jett signed San Antonio’s Girl in a Coma to her Blackheart Records label on the spot after hearing them play at New York’s Knitting Factory. Frontwoman Nina Diaz lays down a serious tejano-rockabilly jam with “One Eyed Fool.”

Holiday Mountain is a dynamic pysch-dub pop trio based in Austin, TX. They’re like a more melodic Major Lazer, with less cartoon butts and explosions.