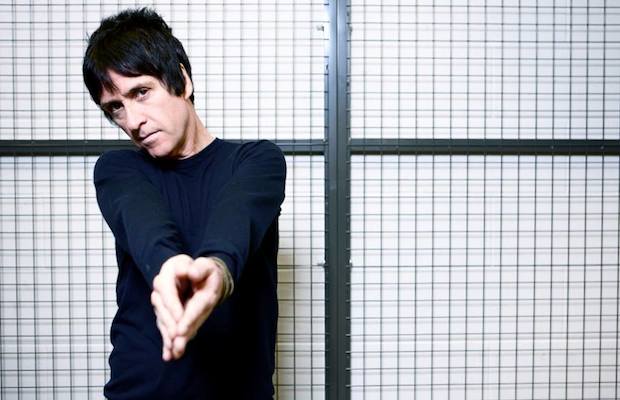 Tonight’s the night! Legendary guitarist Johnny Marr is set to make his solo Nashville debut at out very own Marathon Music Works with Meredith Sheldon. Whether you know him from The Smiths, Modest Mouse, The Cribs, The The, The Healers, Electronic, or any of the other numerous projects Marr has been associated with, it’s indisputable that the famed performer is one of the most influential, eclectic, and legendary figures in modern rock music. Tickets for tonight’s show are still available, and worth every penny, so grab one now!

In honor of our love for all things Marr, we’ve devoted the entire week to bringing you some special Johnny Marr-related coverage. First, we kicked things off with a look back at his band that started it all: The Smiths. Then, we took at look at the relationship between Marr and ex-bandmate Morrissey, as well as brought you news on Johnny’s upcoming autobiography. Next, we gave you the scoop on Marr’s post-Smiths endeavors. Yesterday, we took a break from Johnny to tell you all about opener Meredith Sheldon. Today, we’re wrapping things up with a focus on one thing: Johnny Marr’s solo debut, The Messenger. Check it out, after the jump!

We’ve devoted a lot of time this week to Johnny Marr‘s past, and that’s because it’s important. His legacy is far-reaching, his style and musical contributions are unparalleled, and everything he’s been a part of, from The Smiths until now, has shaped the musician that he is today. Tonight’s not about the past, however. It’s about the present, and, at present, Johnny Marr has finally chosen to show off his solo artistry in a way many fans have been hoping for years.

His first proper solo release (though 2003’s Boomslang, with his backing band, The Healers, was pretty close), and a damn good one at that, The Messenger showcases all of the strongest parts of Marr’s musical taste and sensibilities. A little less Smiths-sounding than early Morrissey, the record still has a strong, ’80s rooted aesthetic, and pulls from parallel influences to that of the guitarist’s former band.

Though it’s true that Marr never set out to be a solo artist, rarely even flexing his impressive vocal talent in most of his past endeavors, we’re certainly glad that he’s finally chosen to explore this path. Sure, you’ll hear plenty of classics tonight (he’s been playing a fantastically Smiths-heavy set), but the songs that really matter, at least today, are the ones you’ll find in the album below. Do yourself a favor and get to know it. See you at the show!