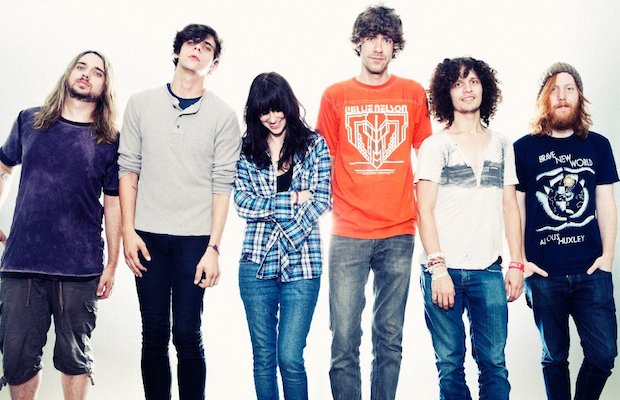 All week long, we’re celebrating The Weeks’ Week, where we’ll tell you more about a different great act from the lineup each day. We kicked things off with first night opener Chrome Pony before following up with Buffalo Rodeo, who will open night two. Today, we’ll be filling you in on another great Bowling Green band, set to support night one, SLEEPER AGENT. If you like what you hear, be sure to snag your tickets. In addition to single nights, which cost just $12, weekend passes are available for $20. Both nights are 18+, and begin at 9 p.m., with doors at 8.

Also, for a chance to win free tickets, be sure to enter our Weekend with The Weeks ticket giveaway by TODAY, Nov. 21, at 12 p.m. CST! (Enter and find out more HERE) 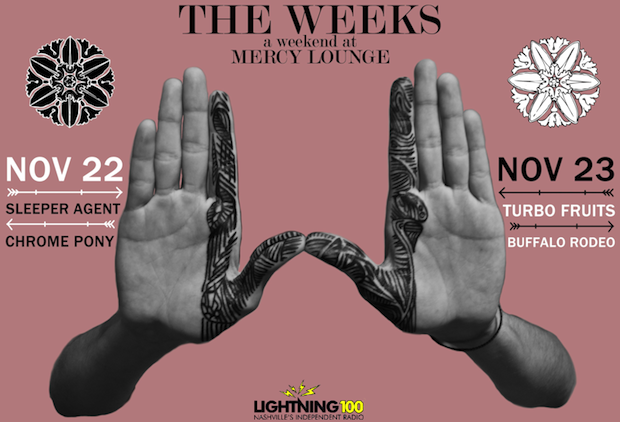 After the jump, get to know Sleeper Agent:

Bowling Green, K.Y.’s Sleeper Agent have amassed a jaw-dropping list of accomplishments in their few short years of existence. The group, co-fronted by Alex Kandel (who joined the band at only 16 years old) and founder Tony Smith, went from obscurity to record deal to Jay Joyce-produced, Rolling Stone-hyped debut, to Late Night with Jimmy Fallon, all within the span of about a year. The young band have played Coachella, Starry Nights (itself hosted by their friends and fellow Bowling Green act Cage the Elephant), Forecastle, and SXSW, and even have a comprehensive U.S. tour on the horizon with New Politics.

Perhaps the most diverse act on the Weekend with The Weeks lineup, Sleeper Agent have a clear affinity for punk rock, but also channel elements of pop, alternative, and indie. Their sound is indescribable, because they refuse to pigeonhole themselves into one subgenre, or latch too tightly onto a specific specific scene. And, as a result, Sleeper Agent mesh nicely with a very broad range of other acts. Eclectic, energetic, and confident, Sleeper Agent have the engaging and dynamic live show to match their fantastic album. They’re a great addition to this weekend’s lineup, and a pretty convincing reason to pick Friday night.

YELAWOLF WANTS YOU... to be in his music video