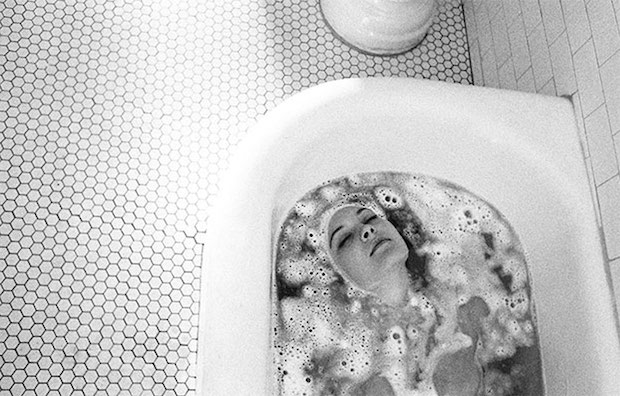 Tomorrow, Nov. 22, legendary guitarist Johnny Marr is set to perform at Nashville’s very own Marathon Music Works with Meredith Sheldon. Whether you know him from The Smiths, Modest Mouse, The Cribs, The The, The Healers, Electronic, or any of the other numerous projects Marr has been associated with, it’s indisputable that the famed performer is one of the most influential, eclectic, and legendary figures in modern rock music. Tickets for Friday’s show are still available, and worth every penny, so grab one now!

In honor of our love for all things Marr, we’ve been bringing you some special Johnny Marr-related coverage all week long. First, we kicked things off with a look back at his band that started it all: The Smiths. Then, we took at look at the relationship between Marr and ex-bandmate Morrissey, as well as brought you news on Johnny’s upcoming autobiography. Next, we gave you the scoop on Marr’s post-Smiths endeavors. Today, we’re giving Johnny Marr’s fantastic, handpicked opener, Meredith Sheldon, a turn. Check her out, after the jump!

Unsigned and relatively unknown, singer-songwriter Meredith Sheldon might seem like one of the luckiest performers alive to be handpicked to open for a legend like Johnny Marr in the U.S. and abroad. In truth, luck is certainly part of the equation, but this opportunity, and Sheldon’s handful of other exciting supporting slots prior, have been simply due to her immense talent.

A former member of indie rock act Family of the Year (though details of her time in the Los Angeles group are scant), Sheldon stepped out solo a few years ago. The Lemondheads‘ Evan Dando became a fan early on, inviting Sheldon to open for his band first in England, then in the U.S., last year.

While on tour with The Lemonheads, Sheldon met and earned a fan in Johnny Marr and his wife, Angie. When it came time for Marr to plan his first comprehensive solo tour in support of his latest effort, The Messenger, he turned to Meredith as his choice. Similarly, Sheldon was hand selected to open for another prominent UK singer and longtime fan, Marina and the Diamonds, shortly after her run last year with The Lemonheads.

Channeling an alt-rock sound that is poppy, moody, and atmospheric, the Massachusetts based singer bears stylistic similarities to all of the prominent acts with whom she’s shared the stage; pulling influence from post-punk, indie rock, and dance music. Her songs are hypnotic, pulling you in immediately upon first listen, and her lyrics are earnest and smart. In all likelihood, you haven’t heard Meredith Sheldon before unless you’ve happened open one of her opening dates. But you should get to know her, because she’s one of the best rising acts making music today. Period.