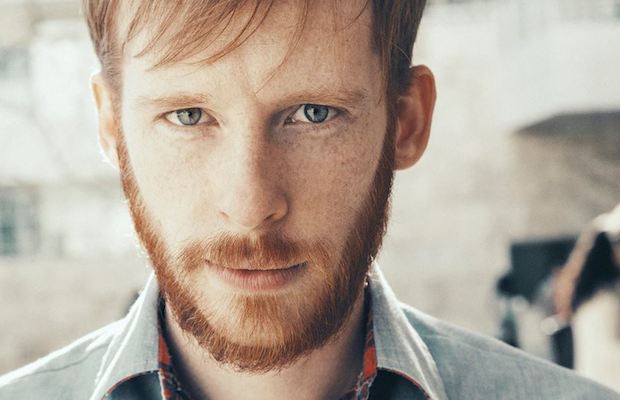 Eclectic singer, songwriter, goddamn bandleader, Bad Books member, Brand New affiliate, Brooklynite, and all around stand up guy Kevin Devine will be bringing his Goddamn Band to The High Watt this evening, for a stop on their Bubblegum Tour, accompanied by Now, Now and Nashville’s own Harrison Hudson. One of the most prolific, hardworking, and talented performers in the scene today, Devine is always a treat live and, in recent years, has passed through more often with Bad Books than as a solo act. It’s an unusually busy Wednesday, but you certainly can’t go wrong with this intimate show from three incredibly talented acts. Snag your tickets here, and find out more about the lineup after the jump!

Most performers would be content just to get one new album out every few years. Kevin Devine released two just last month. Fan-funded by a Kickstarter that reached six-figures (talk about a supportive fanbase!), the first album, Bulldozer, is a totally solo (though not particularly stripped down- it lands closer to his writing style for Bad Books) effort, while the second, Bubblegum, which was produced by Brand New’s Jesse Lacey, features the whole Goddamn Band. Showcasing Devine’s immense range, diverse chops, and attention to detail, there’s not a filler track among them. Between his various projects, it seems like Kevin never stops writing, recording, and touring, and, as such, is a true master of his craft. Devine is one of the most polished, fun, energetic performers around, never delivering anything less than a stellar performance!

Minnesota indie rockers Now, Now have been touring and making incredible music for quite a few years now, but it was their sophomore effort, last year’s Threads, that really helped them breakthrough into the mainstream radar. Signed to Chris Walla (Death Cab For Cutie)’s Trans Records, the group channel elements of pop, post-punk, and indie rock, creating lush, sweeping, gorgeous textures, haunting melodies, and emotionally resonant compositions, maintaining a somber earnestness while, at times, daring you to dance. If Kevin weren’t enough to get you to The High Watt this evening, Now, Now should certainly seal the deal. They’re one of our favorite bands around. Period.

Hailing from Nashville, Harrison Hudson, a duo comprised of Harrison Hudson and Shaun Rawlings, have been closely linked with Kevin Devine and Bad Books for quite awhile. Their brand new record, Curious, a followup to 2011’s American Thunder, is, by far, their best yet, crafting a unique, pop-infused flavor of indie rock with retro rock sensibilities unlike anyone else. We first caught Harrison Hudson last year with Devine’s Bad Books, and have had the pleasure of watching them perform several times since. Trust us, you’ll want to show up early for this one!