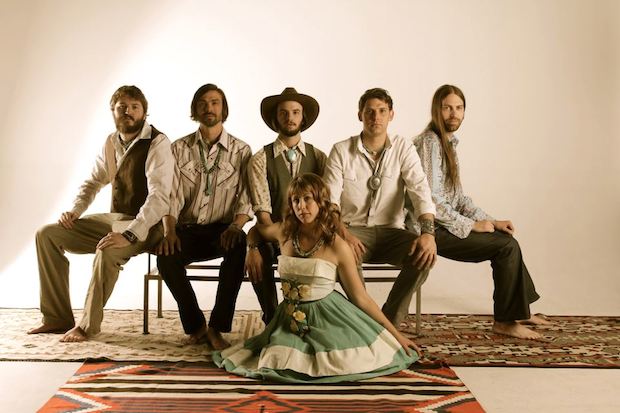 Here’s another interesting selection for your Friday night entertainment, we have a relatively-new-Nashville-but-sound-like-they-grew-up-here band that is releasing their debut LP over the next couple of days, who are performing tonight and supported by some of our local faves along with some new faces for us.  You can read below to learn more about The Oak Creek Band, The Electric Hearts, Down Home, Scott Revey, and Angelica Rockne who will be taking over The Basement tonight starting at 8pm.  Get out to see some live music.

Denver transplants The Oak Creek Band are a five-piece ensemble that have finally settled down in Music City after a grueling 32,000 mile tour of the Southwest that ended in 2012. Now ready to share their debut feature-length album, XI, The Oak Creek Band has set up a show at The Basement before heading back out on the road. You can check out what all the fuss is about below.

We’ve talked about The Electric Hearts, but here is a fresh opinion from a fresh face. What if Etta James sang slightly-lighter, smoky echoes to front a dream-like rock endeavor? Their sound, a dirty-rock aura that slowly creeps into your listening pleasure, is a pretty welcome addition to Music City. If you haven’t already, check out their most recent release The Life And Death Of Fritz Pepper below to see what we mean.

Stripping away from the goofy Cracker Barrel feel that mainstream media tells you country music should have, and you have a sad person playing out their memories in front of an audience. It’s sincere, raw, and though I’m not really a country guy, I do pick up what the band’s putting down.

“Roads to Rio” is a pretty-damned catchy hook that makes you feel like you’re going on an emotional vacation. In the spirit of casual adventure, Revey has headed up an impressive effort that ignores his relatively new standing on the music scene, making a sound just as polished as you would hear on any national music countdown. His philosophy here is quality over quantity for putting out musical content.

“Game for Two”, in this blogger’s opinion, is an epic tale of a young woman over-looking the plateau of heartbreak, about to jump headlong into an ocean of despair. Of all of the artists, Rockne may be the one most easily pictured doing music for a motion picture in the near future, adding to a sad picture the soundtrack of tragedy.

The Oak Creek Band, The Electric Hearts, Down Home, Scott Revey, and Angelica Rockne will perform Friday, November 8th at The Basement. The show is 21+, begins at at 8pm, and tickets are $5 at the door.