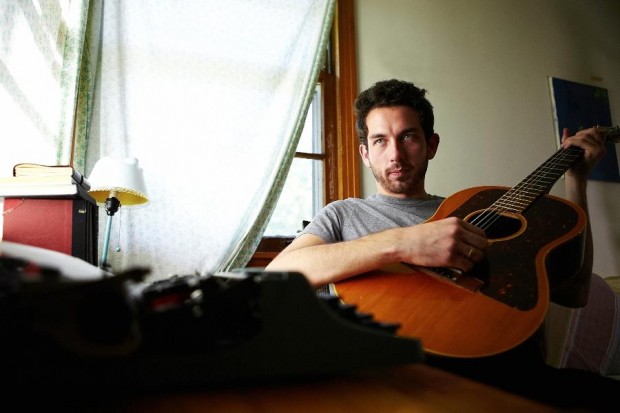 How do you feel about pop with a bit of twang?  If this is your cup of tea, we have a great bill with locals, Drew Michael Blake & Zack Vinson, alongside North Carolinian Brett Harris happening over at The Basement tonight for their tour kickoff show.  We have a brief run down of the event, and think that this is a great way to enjoy the calm before the wicked Halloween storm tomorrow night.  Previews and media are below.

Nashvillian, by way of West Virginia, Drew Michael Blake may not be the same household name as one of his fellow statesmen who made the same journey (Brad Paisley), but this accomplished songwriter channels Bob Dylan & Neil Young in his poetic blue-eyed soul approach. Check out a live cut of him performing “The Shot, The Push, The Shove” below.

Nashville’s Zach Vinson channels piano-based indie pop/rock along the lines of Ben Folds, Ben Kweller, or Nada Surf. If you can’t get into the sold out Fan Appreciation Event at The Ryman tonight, then this is probably the next best thing for you. You can check out the trailer for the upcoming tour below, and fans of Luella & The Sun may want to head over, because there are rumblings that frontwoman Luella may be making a guest appearance.

Brett Harris isn’t a household name here… yet.  The North Carolina native is rolling through town to join this bill tonight, but he may not be playing Basement sized venues for much longer, especially if folks like Paste keep calling him the “Best Of What’s Next”.

Drew Michael Blake, Zach Vinson, and Brett Harris will perform tonight (10/30) at The Basement. The show is 21+, begins at at 9pm, and tickets are available for $5 at the door.