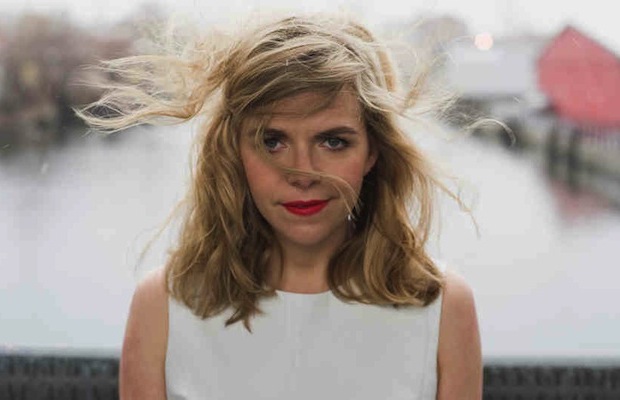 Though she hails from Massachusetts and resides in Brooklyn, you’ve had more than a few chances to catch singer-songwriter Aoife O’Donovan in and around Nashville this year. Tonight, however, you can finally watch her headline, when she takes the stage at The High Watt. With success in the bluegrass, Americana, and roots rock scenes, both as a member of various bands and as a highly-sought after collaborator, O’Donovan has become one of the most eclectic and immensely talented rising stars in that musical realm. Singer-songwriter Kristin Andreassen will open, and tickets are available here. If you’re feeling lucky, you can also keep an eye on our Twitter account this afternoon for a chance to WIN a pair of tickets!

After the jump, find out more about both acts!

Aoife O’Donovan is perhaps best known as the frontwoman of alt-bluegrass band Crooked Still. O’Donovan is also a member of female folk trio Sometymes Why, as well as frequent collaborator with artists such as Noam Pikelny, Chris Thile, Jim Lauderdale, and even Yo-Yo Ma. In 2006, USA Today predicated that the singer-songwriter would soon become the “newest darling of the Americana set.” Aoife has since become one of the most sought after guest vocalists in the roots and Americana scene, eventually catching the attention of Alison Krauss. Krauss’ recording of O’Donovan’s song “Lay My Burden Down” enabled Aoife to capitalize on even greater mainstream exposure, and transition into her recent solo career. In the past year alone, the buzz surrounding the singer has been seemingly endless, and much deserved. With the recent release of her full-length debut, Fossils, Aoife stands to be one of the biggest new indie folk performers around.

Perfectly paired up with Aoife, folky singer-songwriter Kristin Andreassen pulls from Americana and old-time traditions to craft her dynamic, focused sound. Andreassen is a member of Sometymes Why, along with O’Donovon, and a fellow Brooklyn resident and Bonnaroo veteran. In addition to being a multi-faceted performer, Andreassen is a dancer, and founder of an all-ages music camp. While her sound pulls from many apparent and well-polished influences, the end result is unlike anyone else.

Aoife O’Donovan and Kristin Andreassen will perform TONIGHT at The High Watt. The show is 18+, begins at at 8 p.m. (doors at 7 p.m.), and tickets are available for $14.