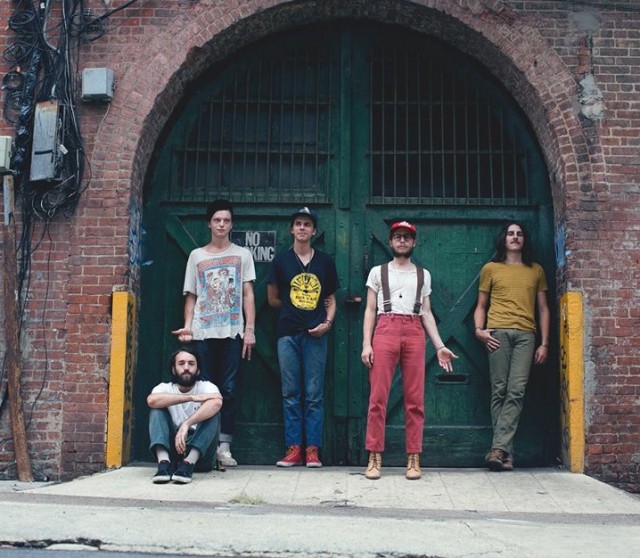 Tonight’s show at The Basement is a perfect lineup of the best of modern rock and roll with Ranch Ghost and Bows and Arrows with Missouri’s Ghost Dance. Tickets are $5. Show starts at 9 pm. 21+. Despite only releasing two 7″ and a live album on their website, Ranch Ghost has been picking up serious momentum. Bows and Arrows are quickly becoming a force in the local scene opening for acts like Weekend at The High Watt and playing shows at Boheme Collectif. Ghost Dance is scarily under the radar for a band that hits me right in my garage rock feels. Tonight is for the memory banks so you can say “holy shit I saw them play for $5.”

Ranch Ghost only has two 7″ and a live album available on their website, but their recent Daytrotter session hints a full-length may be in the works. The band’s swamp rock rooted in psychedelic, surf, blues and 60’s rock and roll puts them on par with Black Lips. Their music is both abrasive and catchy, and the energy from their recordings makes for a promising night. Their talent is undeniable and sound consistent. Their the closest we can get to a love child between Gordon Gano and The Animals.

I saw Bows and Arrows open for Weekend not too long ago, and they sucked me in with a sound somewhere between indie pop and shoe-gaze. Their set is a refreshing melodic take on the wave of lo-fi acts popping up right now. Listen to “Let’s Take On The Night” from 2010 and think how much they’ve only gotten better over the years.

Ghost Dance will kick off the night with experimental garage/psychedelic/rock and roll. The band brings heavy, fuzzy riffs supported by a garage-rooted backbone, and enough energy to make you want you want to dance (it is in their name after all). Hear more on their bandcamp.

Ranch Ghost, Bows and Arrows and Ghost Dance will perform October 18th at The Basement. The show is 21+ and begins at  9,  and tickets are available for $5.