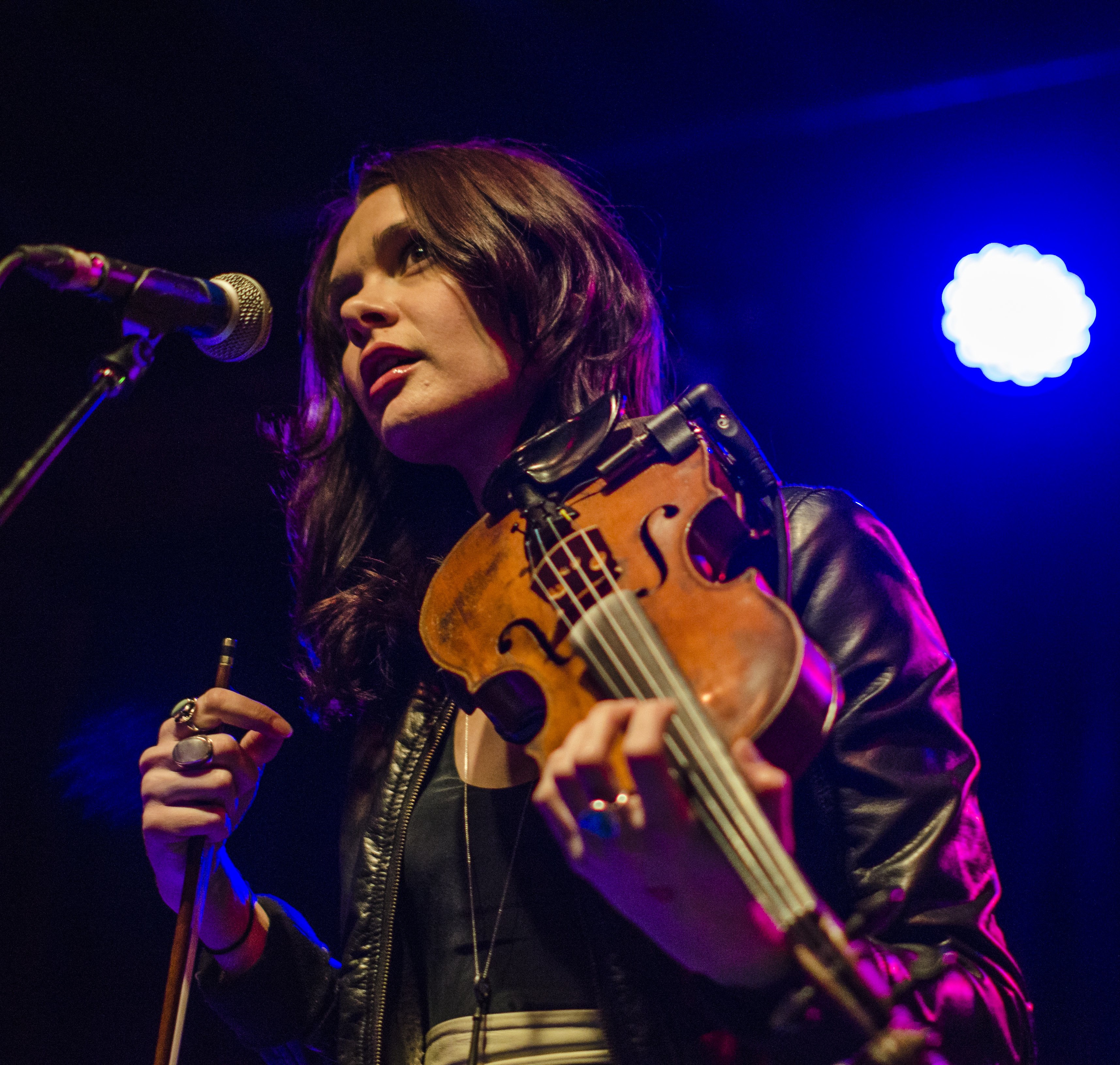 The dynamic duo called honeyhoney was supposed to be opening for Jake Bugg on the last stop of his US tour but when Jake had to cancel, the two former middle Tennessee residents decided to play a gig in Nashville anyway. With local up-and-comers Sam Lewis and Lera Lynn filling out the bill it made for a pretty epic Monday. Read on to find out what you missed …

Late. Per usual for yours truly. The doors had opened at 7 and it was damn near 8. The music I was supposed to be covering was about to start and I hadn’t even parked yet. After finding a sketchy spot down the road, I walked the block and a half to The High Watt and hoped I wouldn’t get mugged. Maintaining a brisk pace, I sparked a onie and held the smoke in my lungs as long as I could before exhaling and putting the pipe back into my dugout. I’d changed and then came straight from work. Hadn’t had a single drink yet but at least I was stoned.

In spite of this, I was able to check in with the lady working the door without incident. It was my first assignment for No Country so I’d been a little worried about how all these magical ‘lists’ and obtaining press credentials worked but I was in for free, and at the bar ordering a Budweiser tallboy in no time flat. Piece of cake.

I turned to survey the room and recognized Sam Lewis in the crowd sporting a Jesus in a Canadian Tuxedo look. He walked to the stage with his band and began getting  to work tuning and plugging in. Just than I bumped into my photographer, Jamie Hernandez. 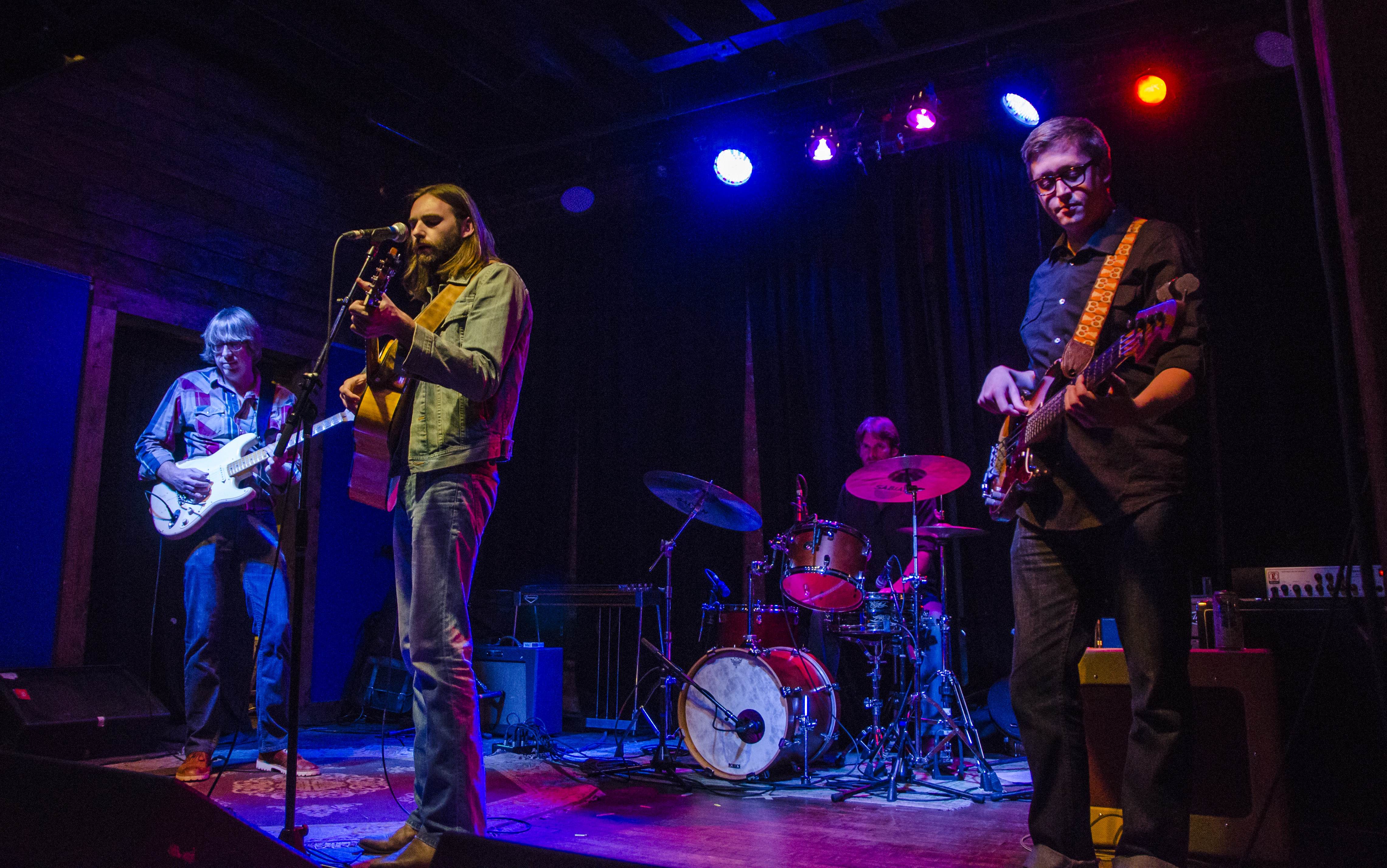 “Are you Jacob with No Country?” She asked.

“Did the notebook give me away?” I replied as I slide my Moleskine into my back pocket. My sarcasm was palpable but not rude … also per usual.

The two of us quickly exchanged some small talk and recited our bios and the lights began to dim. Sam introduced himself, his buddies, thanked the headliners and got down to business. The vibe was all smiles from the start, like an Amos Lee show. His music walks a fine line between country and blues but he writes better lyrics than Blake Shelton and Luke Bryan ever dreamed or writing. A softer, sweeter, younger voice than Ray LaMontagne but reminiscent of the folk/blues legend just the same. I was sold on him from the first song and he held me the whole way through, even with the short opening-spot he was afforded. My favorites were “Down to the Wire” and  “The Cross I Wear.”

The slide guitar skills of fill-in Dan Cohen are also worthy of mention. In addition to being a amazing lead guitarist he is also a nice dude. I had a conversation with him over a cigarette during the break in-between sets and discovered he is the type of musician that intrigues me the most. Studio players are all over Nashville, very nondescript and unheralded in the ever growing crowd of would be stars. They’re the ones I like to rap with because any level of fame can make even the best intentioned people assholes. He never has to worry about being recognized or maintaining a persona. Guys and gals like Dan are still real/pure … whatever that means to you. But that topic is better left for another day and another post. After the two of us swapped information I heard Lera Lynn start her first song and went back in. 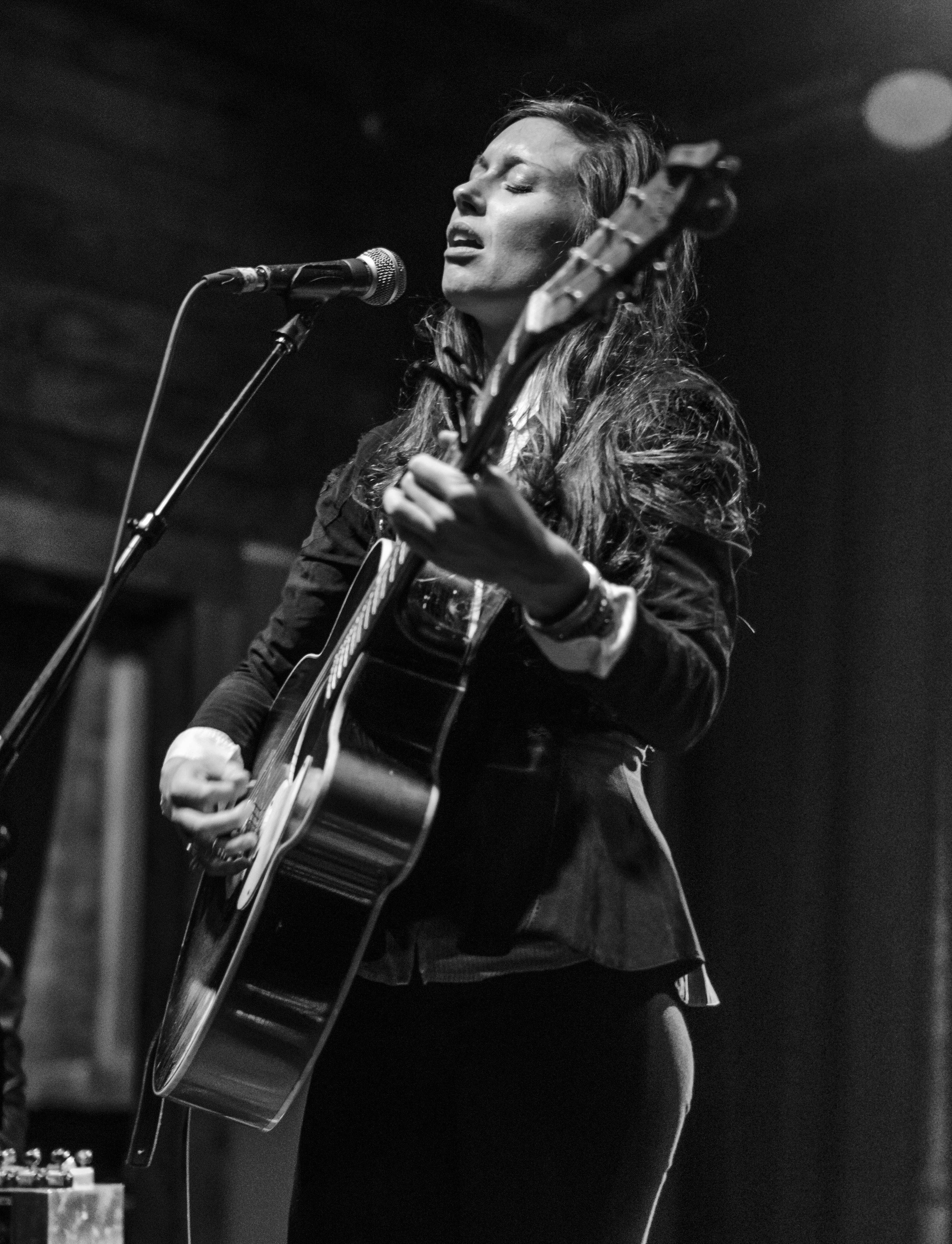 She was a tight little package, barely 5’7 in her high heeled boots and I’d be doing all my readers a disservice not to mention she is also quite attractive. The hollow body guitar she was strumming looked two sizes too big in contrast to her frame but this is where her smallness ends. She sings Florence and the Machine big but more subtle, less bravado, like Neko Case. I’m also a sucker for pedal steel, something that never gets old to me even in Nashville, and her player was more than adequate. Her words wove vivid tapestries of heartbreak and hard times on the song “Whiskey” and at one point during my favorite track in her set I closed my eyes and could have sworn I was listening to Patsy Cline. Most of her songs were pretty chill and I kept waiting for her to rock it out (like she does on her “Wolf Like Me” cover) but alas, her time-slot was too short and the energy stayed low key.

I ordered a shot of Makers and chit-chatted with Jamie and people around us. Still not satisfied I snuck out back and fired up the herb again until I was at the level of inebriation I desired and returned just in time for the start of honeyhoney.

The jovial pair came out and waved to the crowd. Suzanne Santo had a sophisticated, confident beauty about her in a black dress and matching leather jacket; very LA. There was nothing west coast about the way she tuned her fiddle. Ben Jaffe sat down behind his drum set, adjusted his bolo tie and tuned his guitar. I could tell they were amped and rearing to go. 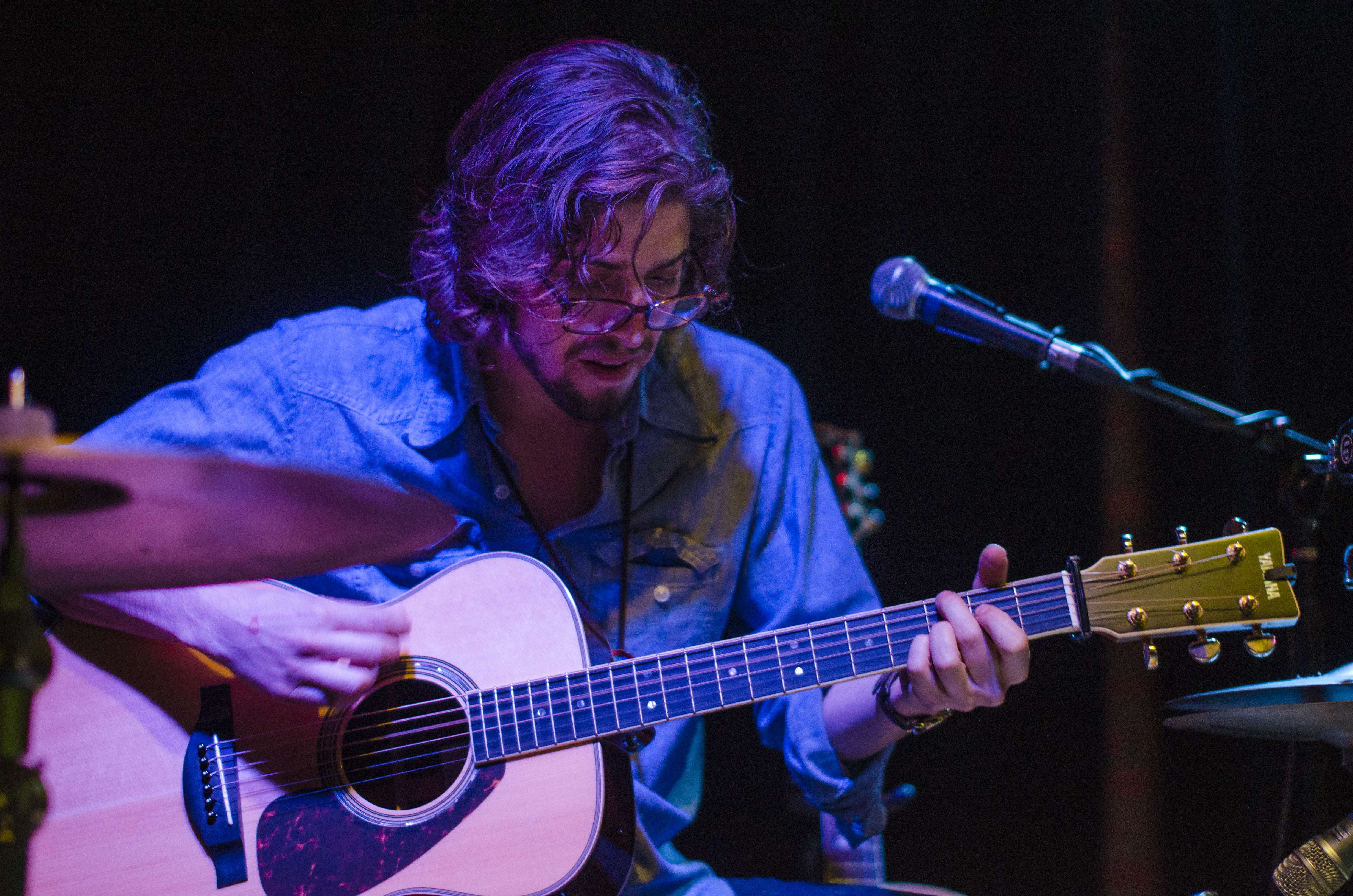 They started off with stuff from the new record Billy Jack and then played an older crowd favorite called “Sugar Cain.” I knew I liked their sound, a country fried Rock ‘n’ Roll version of the Civil Wars, but I’m always a little skeptical when a new two-piece rolls around (especially the guy/girl combo). Lately, it seems to be the cookie-cutter method to success and it is very limiting when performing live. Luckily they both played multiple instruments, her on banjo and fiddle and him on drums and guitar. They also had a friend join them on mandolin and sometimes guitar which made for a fuller, richer live sound.

My personal favorite was a song on the new album called “Ohio” mostly because I hail from the Buckeye State myself. Judging by a picture on their Facebook page of Santo decked out in all Cleveland Browns gear, I’m guessing she does too. Towards the end they played “Let’s Get Wrecked” and the set was a full-on rock ‘n’ Roll experience, Jaffe stomping on his kick-drum and strumming like a madman simultaneously. Impressive indeed. Performance is everything to me and, as much as I enjoy their studio stuff, the live show is where it’s at. Take a listen below and get hooked on honeyhoney … but most importantly see them live in person the next time they stop in Nashville.