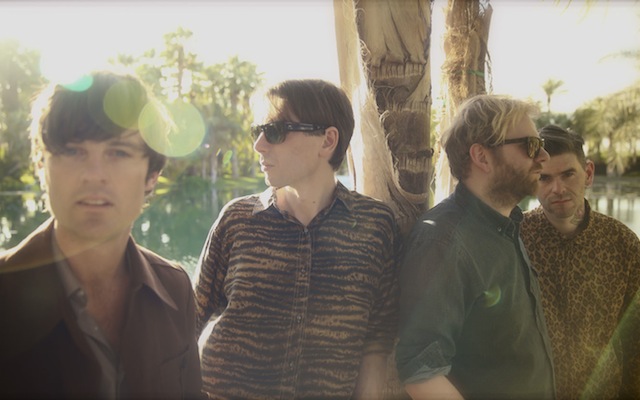 It’s been a decade since Scottish rockers Franz Ferdinand first broke onto the scene, part of a wave of bands heralded as a rock and roll revival, with their breakout hit “Take Me Out.” Their latest album, Right Thoughts, Right Words, Right Action was just released over the summer. If you haven’t kept up with the group in the intervening years, you may not be alone, however you’ve missed out on an incredibly dynamic, organic, and refreshing career progression that has led Franz to perhaps their most focused, balanced, and appealing effort to date. Tonight they’ll bring their tour to Nashville- possibly for the first time ever (let us know in the comments if you know any different), supported by indie pop singer-songwriter Frankie Rose (formerly of Crystal Stilts, Dum Dum Girls, and Vivian Girls). The show kicks off at 7:30 p.m. and tickets are still available. After the jump, find out more about both acts!

On Right Thoughts, Right Words, Right Action (and evident on the records leading up to it), Franz Ferdinand ditch the garage rock rooted sound of their early days to incorporate more blatant dance rock, post-punk, new wave, and indie rock influences, and to great success. They’ve never sounded so energized, and with over a decade of touring under their belts to boot, they’ve become a seasoned, live concert powerhouse and a group you seriously don’t want to miss. We think this is their first Nashville performance ever, so who knows when your next chance to catch them will be!

Though she first grew to prominence as a member of several critically lauded indie/garage rock acts, Frankie Rose has amassed plenty of buzz on her own merit as a solo artist. On her latest full-length, Herein Wild, Rose channels elements of dream pop and indie rock for a gloomy, sweeping, guitar-driven romp of pure artistic excellence. To say she’s worth showing up early for would be an understatement.