It Was Fun While It Lasted: Grammy Nominations Concert to Return to Los Angeles 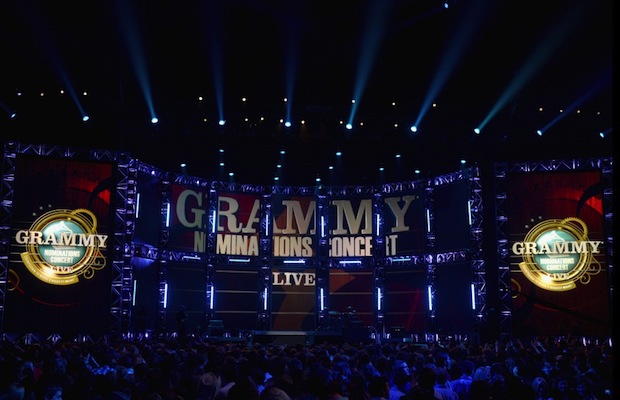 Let’s take a trip way, way back to the year 2012. Change was in the air. The Grammy Awards Nominations Concert, a precursor to the Grammys, which has only been televised and hyped in recent years, was announced to take place right here in Music City, at Bridgestone Arena. Touted at the time as a sign of Nashville’s cultural impact and musical influence, the show came and went last December (and plenty of locals nabbed nominations), even sparking chatter that the Grammy Awards themselves might someday might give our fair city a try.

However, the revolution, it seems, has come to a halt: announced last week, “The GRAMMY Nominations Concert Live!! – Countdown to Music’s Biggest Night” will return this winter to Los Angeles, from whence it came. It should be noted, as well, that the Grammy Awards proper have also taken place in Los Angeles since 2004, and, prior to that, alternated with New York. Nashville hosted the show just once- in 1973, the third year the event was ever televised.

The Grammy Nominations Live concert will be broadcast Dec. 6 on CBS from the Nokia Theatre in LA. The 56th Annual Grammy Awards will return to the Staples Center in LA on Jan. 26, and will also air on CBS. Here’s hoping a few Nashville artists (like last year’s Jack White and The Black Keys) will end up performing.

Are you sad to see the Grammy Nominations Concert go? Do you think Nashville should host the full Grammys again someday? Let us know in the comments!