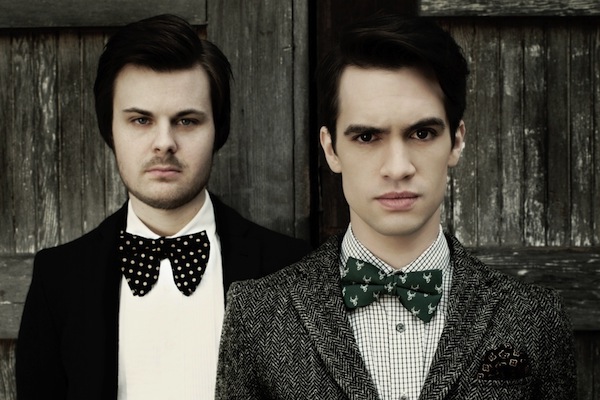 It’s been a relatively quiet couple of years for pop rock group Panic! at the Disco. Since the release of their 2011 album, Vices & Virtues, the group’s first since a series of lineup changes, including the loss of influential co-founder Ryan Ross, the band has maintained something of a low profile. Earlier this year, the trio were announced as direct support for Fall Out Boy’s fall arena tour and, almost immediately, buzz of a fourth album began to circulate.

That album, announced today, will be called Too Weird to Live, Too Rare to Die!, and will be released Oct. 8 via Decaydance/Fueled by Ramen. In a move borrowed from their friends Fall Out Boy, the group also immediately released their first single and video (check it out below) for a track called “Miss Jackson,” featuring Lolo. If it sounds Fall Out Boy’s new stuff (and it does), that’s because the band also used producer Butch Walker, responsible for FOB’s latest, Save Rock and Roll.

Borrowing another move from the FOB playback, Panic! will embark on a short string of very small warmup dates, before heading out on the arena tour in the fall. The warmup run will include a show at our very own 12th & Porter, on Wed., Aug. 7. This is likely the smallest setting you’ll be able to catch P!atD here for quite some time. Tickets will go on sale this Fri., July 19, at 10 a.m.

Butch Walker Bringing 'Out of Focus' Doc, Performance to Nashville | 9.6