Queens of the Stone Age Are Coming to Nashville Too! | 10.7 @ Municipal Auditorium 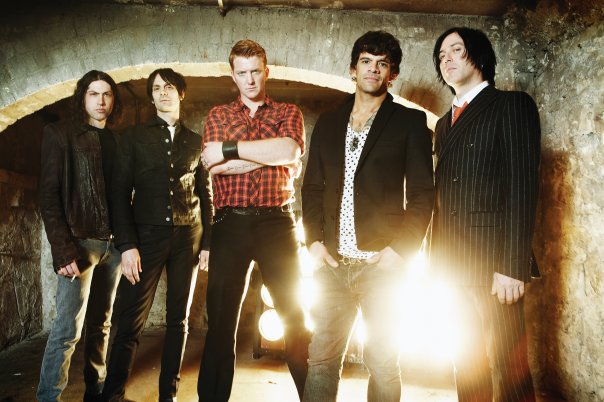 Holy tour announcements, Batman! Not only are Icelandic post-rockers Sigur Rós coming to town this fall, but we’ve also just learned that Queens of the Stone Age are set to make a stop in Music City as well!

The performance, which will be the band’s first in Nashville since The Ryman in 2011, will take place at the Nashville Municipal Auditorium on Oct. 7. Tickets will be available for pre-sale this Wednesday, June 12, at 10AM. We’ll update tomorrow with the password and ticket link. [UPDATE: The pre-sale begins 6/12 at 10AM here, and the password is ‘CLOCKWORK’]

Earlier this month, the band released …Like Clockwork. A callback to their earlier sound, the record also marks the first time Dave Grohl has drummed for the band since 2002’s Songs for the Deaf. Check out the full fall routing, which includes some festival stops, along with the band’s new video for “My God Is the Sun,” after the jump!