I would say that most of you know Jared Corder already, but, if you don’t, you’ll understand why you will want to get know him below. The charismatic East Nashville Underground co-CEO is also the front man from past Nashville pop act Oh No No, the previous drummer from Frances & The Foundation, and the front man for new Nashville surf rock band *repeat repeat.  He’s also committed to arranging a couple of Beck Song Reader tracks for our party on Saturday.  If you haven’t had the chance to check out *repeat repeat yet, you can get on that tonight at a pretty amazing 8 off 8th over at Mercy Lounge.  A full interview with Jared Corder, as well as, a *repeat repeat track is after the jump.  You can find out more info about Saturday night’s Beck Song Reader party at The Basement here. 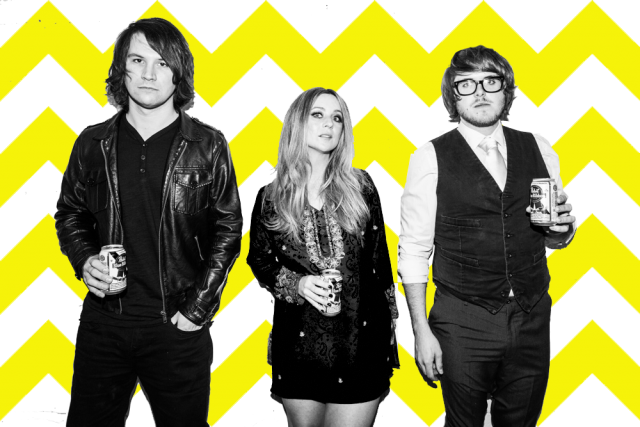 No Country: Tell us a little bit about what you have been up to?

Man, we have been so busy! With new seasons comes new changes. A little over a year ago, the band I started called OH NO NO decided to call it quits, and I felt like it was time to start a new project. Something a little more mature, and more focused on image and music and sound. For over a year, my wife Kristyn, and our drummer (who is also one of my best friends) Andy Herrin had been demo-ing songs, writing, recording, and preparing to release our first single. By the time it released and we played our first show, we had already been working on those songs for over a year. As far as my solo stuff is concerned, I have written acoustic, singer-songwriter stuff since I was a young. My family pushed me to do a kickstarter to raise the money to make an album, and I did it! It was a labor of love, and is way more intimate than any other music I play, so it was nice to have a record of those songs in the bag.

With all the bands in Nashville, what is it about *repeat repeat that makes your show/band stand out?

We are a surf-rock band, and try to create that vibe. We want to throwback to that surf sound from the Dick Dale era, but with a very distorted, rock feel. We’re not going for a lo-fi sound, we’re going for pop. I sometimes feel like there are bands out there that make shitty recordings because they think it’s cooler to make shitty recordings. That’s just not us, we like to have a good produced sound, and we wanna sound tight. We recorded our songs in a basement with 4 mics, but it sounds like we went into a huge studio, I dig that. Also I think if we were playing this music, but lived in California, I don’t think we would have as much of an edge as we do here in Nashville.

What about made you want to be a part of the Beck Song Reader?

I actually didn’t know that we were doing the Beck Song Reader when I signed on. I (for some dumb reason) thought we were all just gonna cover Beck’s songs…I was really excited to cover “Timebomb”. I’m still excited now, but I was gonna rock the hell outta “Timebomb”.

What songs are you doing?

Who is playing with you?

No one. I’m gonna be all by myself.

Who are you most excited to see perform at the party?

Ben Elkins is a good friend of mine, and EL EL is really awesome, I know he’s gonna do something great. Also Daniel Elsworth and The Great Lakes are a band that I’ve gotten into recently, so that should be cool too.

How is East Nashville Underground shaping up for the summer?

Good? I think? We have a lot of work to do before August, and have Bonnaroo and recording our album all in the middle of everything, it’s gonna be hectic, but that’s kinda how every season is. We are really excited to have a new space that fits more bodies, and that should be really the only major change this season.

Can you give us a hint at who we might see at the next one?

Check out the ever-catchy track “12345678” from *repeat repeat below, and head over to see them tonight at Mercy Lounge for FREE!!!