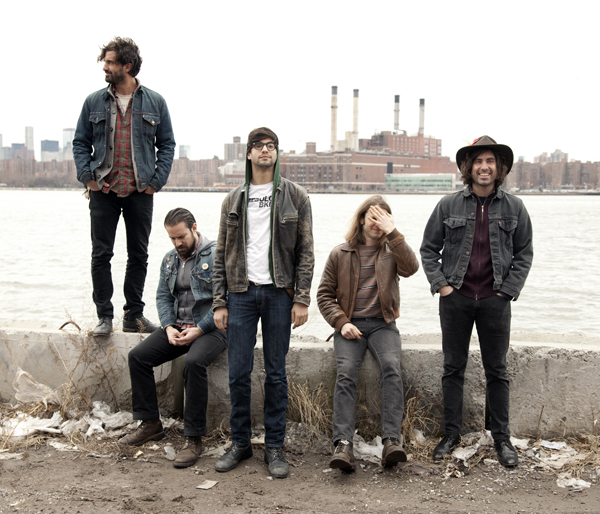 Awesome show alert! Tonight at The Stone Fox, you’ve got a chance to catch some fantastic bands: from New York, post-punks The Men and indie garage rockers Organs are both distinctly different and incredibly talented artists that you absolutely won’t want to miss. Not only does a mere $10 grant you admission to check out those great bands, but Nashville’s own Diarrhea Planet rounds out the bill and sweetens the deal. After the jump, we’ve got more about all three groups, song previews, and more show details!

On New Moon, their fourth full-length in four years, Brooklyn’s The Men exhibit, once again, the range that can be achieved with band full of strong and distinctly different songwriters.With complex and eclectic songwriting, a nod to retro rock influences funneled into a modern post-punk sound, sweeping harmonies, and pop sensibilities, New Moon brings a lot to the table, and lands confidently and soundly on all fronts. The Men have grown a lot as songwriters and as performers over the past several years. If they haven’t managed to find their way onto your radar before now, there’s never been a better time to check out this band!

What started as a noise project, morphed into a more garage rock sound, and has ultimately settled in a territory that can only be described as epic, energetic, guitar-driven rock and roll, Diarrhea Planet have quickly become one of Nashville’s best (and perhaps most underrated) bands. If you haven’t yet experienced them live, do yourself a favor and correct that immediately!

Rounding out the bill are New York garage rock trio Organs. They land stylistically right in between Diarrhea Planet’s rock and roll energy and The Men’s retro influences and dense arrangement style, tying the lineup together quite nicely.

The Men, Diarrhea Planet, and Organs are performing tonight at The Stone Fox. The show gets started at 9PM, it’s 18+, and you can snag tickets for just $10 right here or at the door.