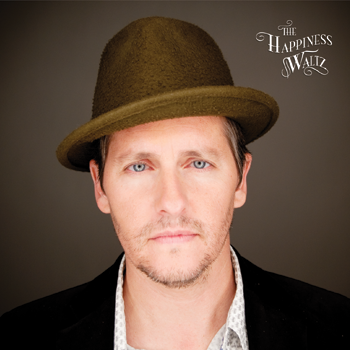 One-time-Nashvillian (but born in Nebraska) turned expat, Josh Rouse, released his latest full length effort, The Happiness Waltz, last month prompting many long time fans to celebrate a sort of “return” to his earlier stylings not revisited since last he lived in our midst (à la 2005’s Nashville). 2006 saw the release of Subtítulo, a shift in sound and locale with a move to Spain and subsequent releases that were more international in flavor.

The Happiness Waltz, while having a hint of the exotic highlighting the work, is, overall, a record that Rouse himself describes as “moody folk-pop,” saying, “A lot of the album is a lot more personal. It deals with what’s going on in my life, raising young children, and things that happen in a relationship when that goes on.”

Yesterday, USA Today premiered his new video for “Julie (Come Out of the Rain)” and we’ve got it here for your viewing pleasure. Plus, if you like what you see, he’ll be playing both the awesome Record Store Day Celebration at Grimey’s this weekend (more on that later today) and a set at 3rd and Lindsley. So if you went to high school with Mr. Rouse, or his ex-wife used to cut your hair, or you think you were at some of the same parties in the late 90s… this weekend is your chance to catch up!

You can order The Happiness Waltz in all the usual places (like Itunes, for example) and check out more from Josh Rouse at his official site.

He’s set to perform at Grimey’s for free this Saturday at 2:45pm and you can catch him at 3rd and Lindsley on Sunday as part of Lightning 100’s Nashville Sunday Series at 8pm sharp (tickets $20, available here).

And because I can’t not… some of my favorite Josh Rouse tracks, as a bonus, because we like you and I like Josh Rouse.