Bonnaroo Band of the Day: Japandroids

Japandroids are a bit of an accident. The Canadian garage/noise rock duo had effectively called it quits before their debut album, Post-Nothing, had even seen its proper release. After the record not only saw a wide release, but also was critically revered, the band was forced out of retirement (at the time a temporary plan) to give it another go. Sure, plenty of bands break up due to lack of success, even before a proper album release. Plenty of bands also break up only to eventually reunite due to fan and critical demand. Few bands, however, can say they’ve done both. That’s why, perhaps, Japandroids’ last album, Celebration Rock, was so important. It was also a struggle. A worthwhile struggle, however, as it landed them at the top of countless 2012 critics’ lists and further expanded the fanbase they never quite expected to have. 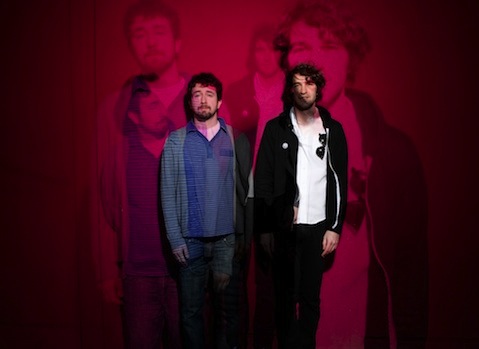 After mentally checking out, then subsequently being incredibly hyped up, the band found themselves spending the last few years touring extensively, all the while being forced to consider that maybe they had no choice but to continue existing as Japandroids. And, as band once more, the next logical thing to consider: the followup to the album they barely expected to release. Celebration Rock was a struggle not only to find inspiration and overcome writer’s block, but also to craft a sincere and genuine followup as a band while adhering to their newfound critical attention. What they produced is a concise, powerful, impossibly thick, sonic assault of a rock record that is superior to their debut in every way; an evolutionary representation of not only a band that matters but also a band that knows what is expected of them and stays within those paramaters while sounding fresh and exciting. Though they’re back for now, and for the foreseeable future, bear in mind that Japandroids aren’t even supposed to still be a band. A followup album was never the plan, though it’s a welcome development. Still, you’d better catch them at Bonnaroo while you can, because you never know when they might be gone.