If you’re one of those Killer Mike fans that jumped onboard after the rapper’s 2012 critical breakout R.A.P. Music, you wouldn’t be alone. Though the Atlanta rapper (real name Michael Render) has been releasing albums for a solid decade, and made appearances on tracks like fellow ATL natives OutKast’s smash hit “The Whole World” even earlier, he’s still floating just below household name status. Though Mike’s entire output has consisted of sharp, smart, politically and socially conscious, and lyrically refined hip hop, it wasn’t until R.A.P. Music that the rapper found his most fully-realized balance of style, personality, and production. It certainly wasn’t the most commercially successfully rap release of 2012, nor the most widely-known, but R.A.P. Music was praised by many hip hop critics as the year’s best, and rightfully so. Produced solely by El-P, the album is something of a masterpiece and one of the most socially relevant releases not only in hip hop, but in general, of its generation. 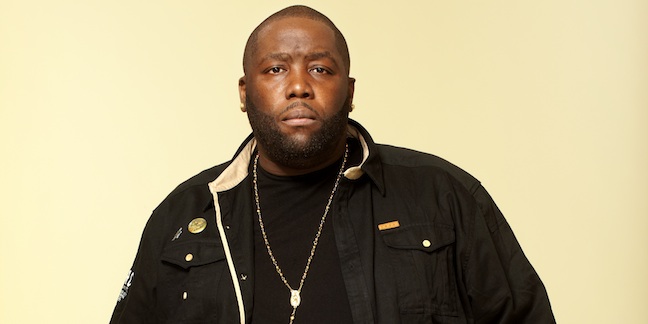 Killer Mike’s style is certainly characteristic of the Atlanta scene he sprung out of, and his technical precision and intense delivery is not unlike peer and friend (and, occasional rival) Big Boi. He’s a fresh voice is bringing smarts and substance to the larger hip hop scene, which has become increasingly more vapid in the mainstream. R.A.P. Music is of the times, reflective of issues without forcing them, and confidently waxing nostalgic while landing squarely modern, and it’s sure be regarded as a hip hop classic. Additionally, Mike is known for his occasionally acting roles, as well as a voice acting stint on Adult Swim’s Frisky Dingo (the network’s Williams Street label also released his latest album). Not only is Killer Mike our most-anticipated rap artist at all of Bonnaroo, but one of our most-anticipated artists overall. Check him out!