Though the members of HAIM, sisters Este, Danielle, and Alana Haim (along with drummer Dash Hutton) have been working as professional musicians for many years, and the group itself has existed for over half a decade, it wasn’t until 2012 that they finally became an active as HAIM. Danielle and Este were previously members of major label teen girl group The Valli Girls, but left to form a more grownup band with their sister in 2006. Various other commitments, including school and musical associations with Julian Casablancas, Jenny Lewis, and Cee-Lo Green kept the group preoccupied, until they finally released their debut EP, Forever, last spring. HAIM made up for lost time quickly, however, and throughout 2012 gained fast critical acclaim and shared stages with the likes of Mumford & Sons, Ke$ha, Florence and the Machine, Edward Sharp & the Magnetic Zeros, and more! 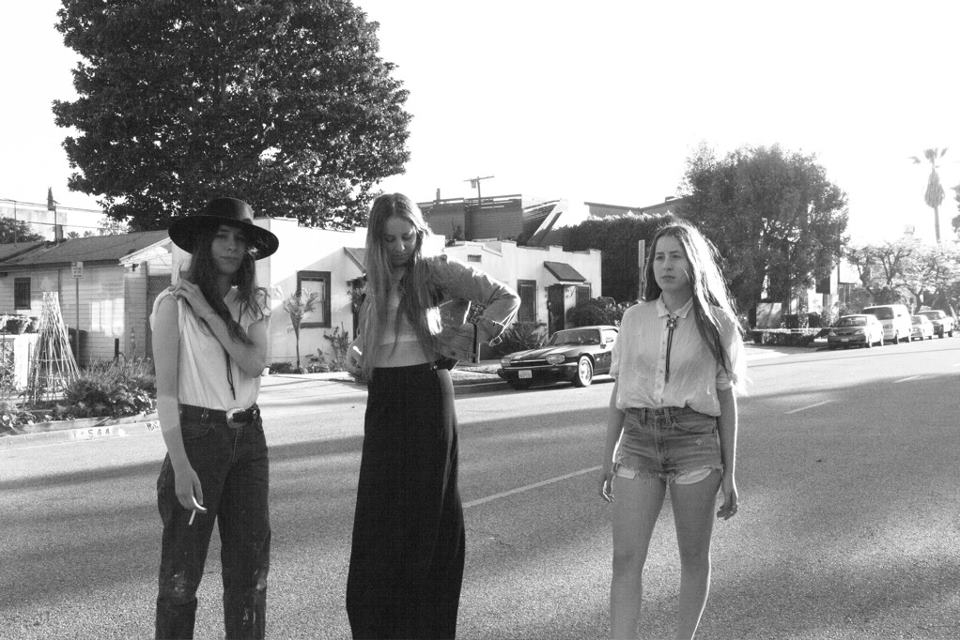 Characterized by an obvious love and influence of old folk, and an affinity for ’90s r&b and girl groups, with a dash of hip hop flavor and an ambient, indie pop backbone, HAIM aren’t quite like anything else you’ve heard. The sisters channel their spread of influences in a fun, layered, immensly danceable, and nostalgic package. They’re clearly seasoned performers and songwriters and, though HAIM is still in its relative infancy releasing music as a band, they write and perform with a confidence of a group much, much older. Whenever HAIM chooses to release their debut full-length (and we’d bet it’ll be soon), they’re undoubtedly going to explode into the mainstream even moreso than they already have. Catch them on the small stage while you still can!