Nashville (well, Franklin- but we’ll claim ’em) band Paramore are about to have a really, really big year. Back in January, the group announced that their highly anticipated new self-titled album would finally drop April 9. Along with that announcement, the band premiered a new track called “Now,” followed by the release of a video for the song in February. Paramore will be the band’s first record since 2009’s Brand New Eyes, and the first since the departure of founding members Josh and Zac Farro.

The release cycle for Paramore has marked a bit of a shift in how critics and fans have perceived the band. Though they’ve always been popular and, to an extent, critically praised, the group has been receiving universal attention from top-tier magazines, websites, and critics this time around. They erupted from the emo scene, which is largely dismissed as teen-oriented and less relevant by critics, but Brand New Eyes showed that the band was capable of much broader and more mature rock and roll songwriting, and Paramore will undoubtedly continue on this trajectory with their new release.

“Now” landed somewhere between early Yeah Yeah Yeahs and Alt-J in sound. The group debuted another new track, titled “Still Into You,” at their highly-praised SXSW performance over the weekend, and it gives us an even better idea of what to expect on Paramore!

I’m usually indifferent to lyric videos, but this is a really original and well-done one. Paramore’s attention to image and detail lately has been incredible. As far as the sound, “Still Into You” is a much more mellow, dance-groove, melding of old Paramore sound with their new knack for more complex instrumentation and less-biting melodic structure. At this point, they’ve completely traded in their old hardcore and pop punk riffs for more pronounced rock guitar lines and electronic textures, and it suits them well. It’s perhaps not as strong a track as “Now,” but it shows off the band’s maturity and restraint, and is certainly an enjoyable listen. I’m eager to hear where on this spectrum Paramore largely lands as an album.

In addition to new music, frontwoman Hayley Williams also recently announced her own makeup line in collaboration with MAC Cosmetics (it sounds like she’s picked up an entrepreneurial tip or two from her friendship with Gwen Stefani). Additionally, the band will be appearing on the cover of this month’s Alternative Press and Williams graced the cover of the latest issue of Nylon Magazine (if that’s not a testament to how far the group has come from their emo beginnings, I don’t know what is). You can preview both covers below (click to enlarge): 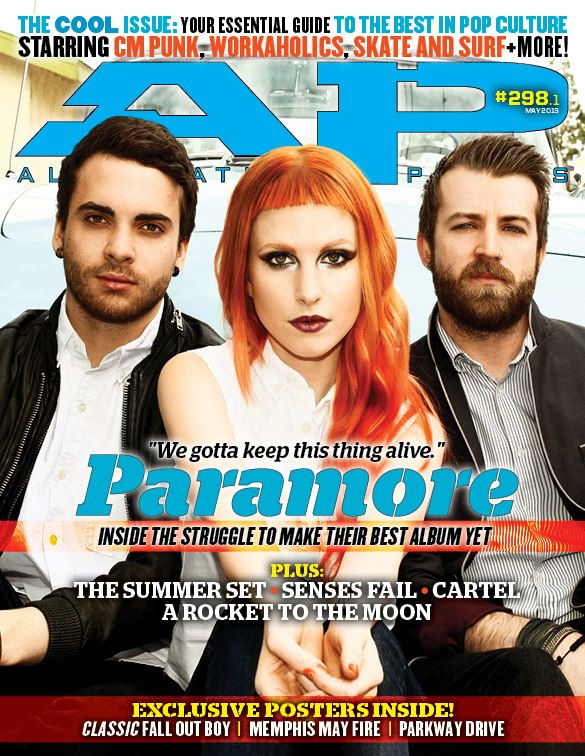 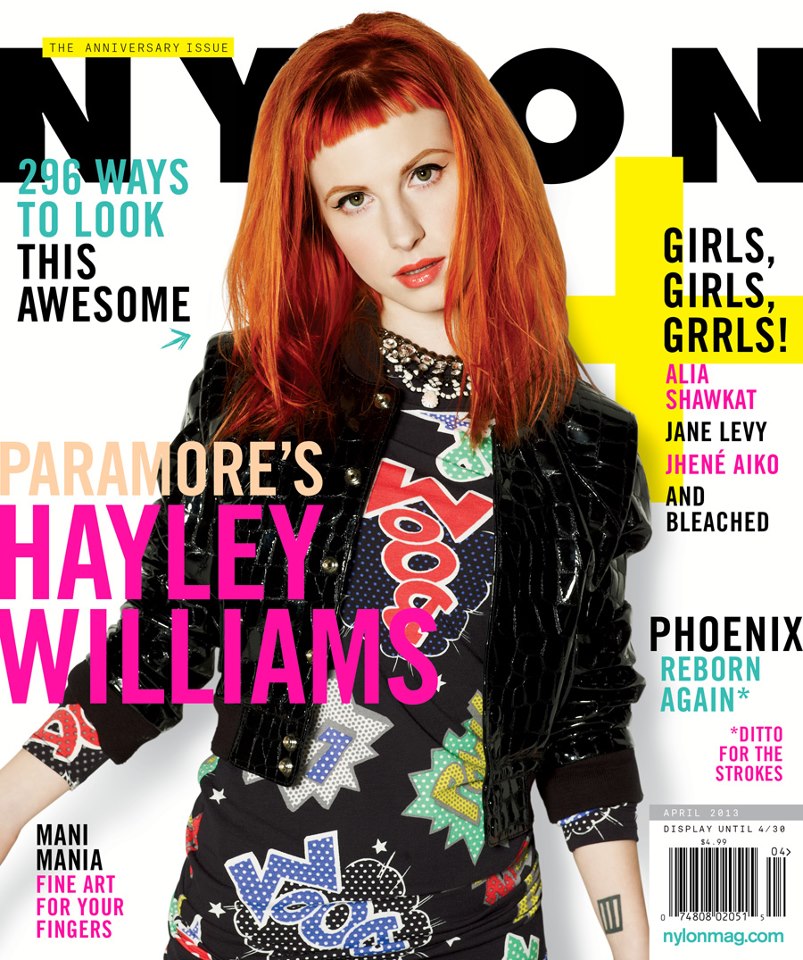