Fronted by Zachary Cole Smith (formerly of Beach Fossils), Brookyln band DIIV are one of the hipper (notice we said hipper, not hipster, though some might be quick to throw that label at them as well) bands on this year’s Bonnaroo bill. Shortly after the group’s 2011 formation, initially conceived as a solo project for Smith, DIIV (formerly known as Dive) began receiving nods from the trendier corners of the internet and press, and their debut tack “Sometime” was universally well-received. After signing to Beach Fossils’ Captured Tracks label, rounding out the lineup with Devin Ruben Perez, Colby Hewitt, and Andrew Bailey, and releasing a couple more singles, Dive changed their name to DIIV and began working on their debut record. That record, Oshin, was released in the summer of 2012 to universal acclaim, and landed the band on many year-end lists. 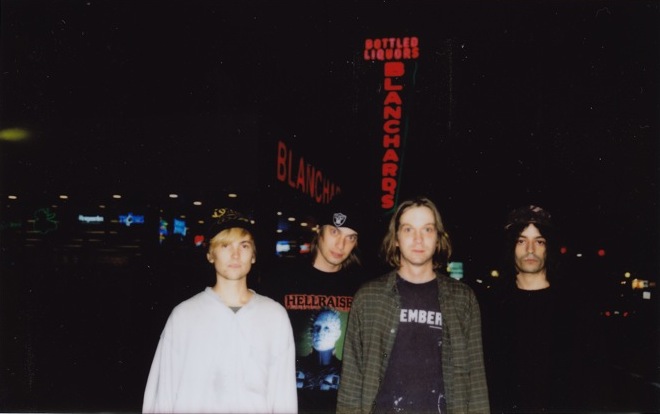 DIIV’s sound is certainly derivative of Smith’s previous stint in Beach Fossils, but DIIV clearly have a voice of their own. While Beach Fossils markedly a product of the chillwave scene of the late ’00s, a reverb-soaked, lo-fi take on surf rock, DIIV are aesthetically more aligned with the current indie rock scene. They’ve still got the reverb and beachy pop tendencies, but their fidelity is higher, their instrumentation is more defined , and their  songs have a bit more heart and expression than much of the later chillwave scene (maybe we could call this post-chillwave?). They’re synthy, feel-good (in tone, not necessarily in mood), and they just scream to be heard outdoors on a warm, Tennessee day. Don’t miss DIIV this summer!

Listen | “How Long Have You Known?”